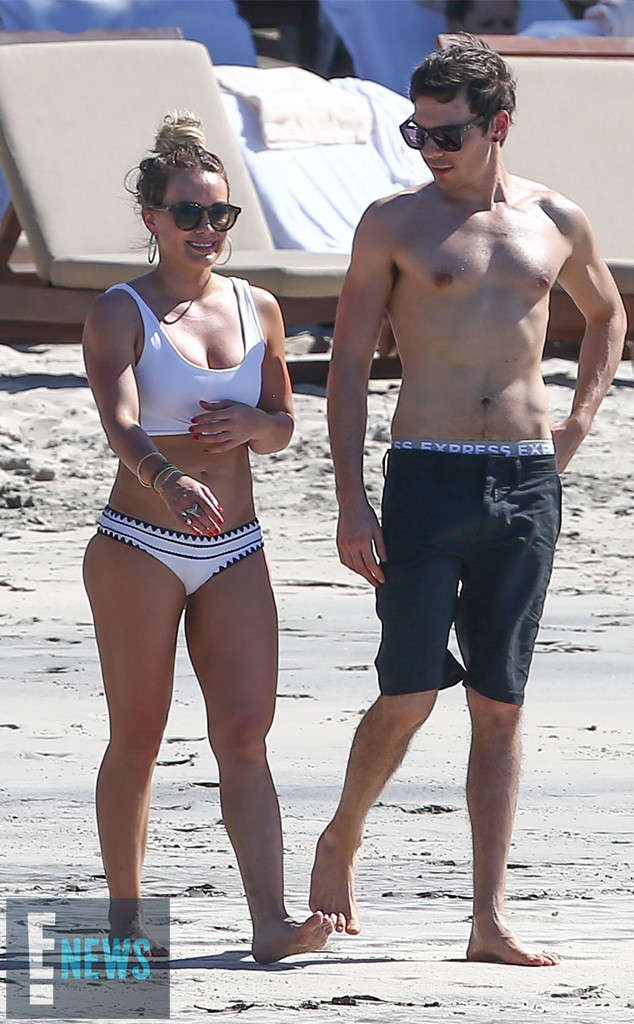 E! News has obtained exclusive pictures of the Younger star soaking up the sun in Costa Rica. And as it turns out, she isn’t alone during her trip to paradise.

Boyfriend Matthew Koma joined in on the fun as the couple celebrated the romantic holiday by the beach.

Wearing a two-piece white bikini, Hilary couldn’t help but flash a smile as she cooled down in the ocean blue water with the music producer.

In fact, the singer was spotted exchanging a few kisses with Matthew as he helped carry her in the water.

Later in the day, the pair chatted away as they soaked up the sun and perfected their spring tans on beach chairs.

Hilary even took to Snapchat to share a couple’s shot as they enjoyed a delicious drink from a coconut.

The relaxing vacation comes after Los Angeles police confirmed to E! News that Hilary’s ex-husband Mike Comrie is involved in an open sexual battery investigation. Police did not say that Mike is a suspect and he has not commented.

Mike and Hilary were married in 2010 and share a son together. They called it quits in 2015 with their divorce being finalized in February of 2016. They have remained friendly for co-parenting’s sake and share joint legal and physical custody of their son.

Despite any drama going on at home, Hilary appears to be enjoying time with Matthew. Just last month, the pair made their first red carpet appearance together at Entertainment Weekly’s pre-SAG Awards party.
The couple posed for pictures on the red carpet together, but once inside the soiree, they also snapped a few pictures while sipping on celebratory cocktails.

Recently, Hilary confessed to Cosmopolitan that she’s “never been a good dater.” At the same time, she’s not in too big of a rush to find the one.

“I meet, like, one person a year that I’m maybe attracted to,” she told the publication. “I never want to be that girl who’s desperate to find a mate.”

7-Year-Old Wrote to Google to Ask for a Job

Free Classes for Costa Ricans For Taking Care of the Elderly