Ghosts & the Supernatural – June 27, 2015, Saturday: Fairy Falls – these falls are supposed to be haunted. Following Old Spenceville Road, where the lone oak stands, you’ll walk past what was once Spenceville, founded in the 1850s and abandoned in 1915. Copper mines dot the lower trail, and gold fields can be found in the hillsides. Mines are especially dangerous and should never be entered. This pleasant hike to Fairy Falls takes you along a route through an area of intense geologic history to a set of waterfalls—all of which will be flooded if the proposed Waldo Dam is constructed. 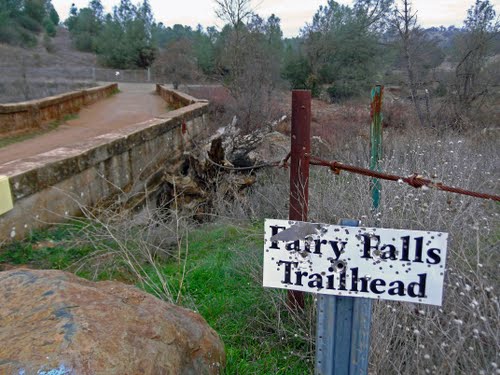 Fairy Falls is also known as Ferry Falls, Beale Falls and now Stinson Falls. Over hills, meadows, woods & rocks, you will be lead to a 100-foot waterfall. Formerly owned by Beale, this land was once home to a mock German town for training during WWII. Lots of protected wildlife within. Small shooting range 1/4 mile up Waldo Rd. before reaching the trail head.

Spenceville is a foothill oak and grassland area notable for many species of birds and wildflowers; for example the poppy, yellow mariposa lily, Calochortus luteus is found in the Spenceville Wildlife Area. The area was originally home to the Maidu and Nisenan Native Americans and evidence of their grinding holes and lodge pits still exist.

Location: 14936 Spenceville Road, Penn Valley, CA. Park your car and you will find signs that point towards the falls. In the area of the falls, you will hear about all kinds of haunting activity. In 1876, Bullet Bucchanan, an outlaw gunned down 3 Maidu Indians. He shot them for their food. Bullet Bucchanan was later hung in the town of Auburn for a murder near this town. Marigold Lawrence while hiking around Fairy Falls in the early evening of October 10, 1992, saw the apparitions of what appeared to be Indians. Marigold says she even heard distant drumming.

Many Maidu and Nisenan Indians died of malaria and smallpox in this region and reported sightings of ghostly apparitions of Indians seen in the nearby woods is not uncommon. Also, there are sightings of Bigfoot. Siegfried ‘Sieg’ Jones says while hiking in this area, he encountered a Bigfoot creature by hitting wood on wood. When he hit the wood on wood 3 times, he heard some rustling and spied a large ape type creature peeking at him from behind a tree. Sieg was startled and was frozen in his tracks. The Bigfoot creature turned around and made a sudden dash towards the hillside. The Bigfoot creature climbed up the hill at great speed. Sieg lost sight of the Bigfoot in a matter of seconds.

There has been recent deaths at Fairy Falls. One hiker died of sun stroke, another hiker died when a log fell on him. Another recent death, a hiker fell 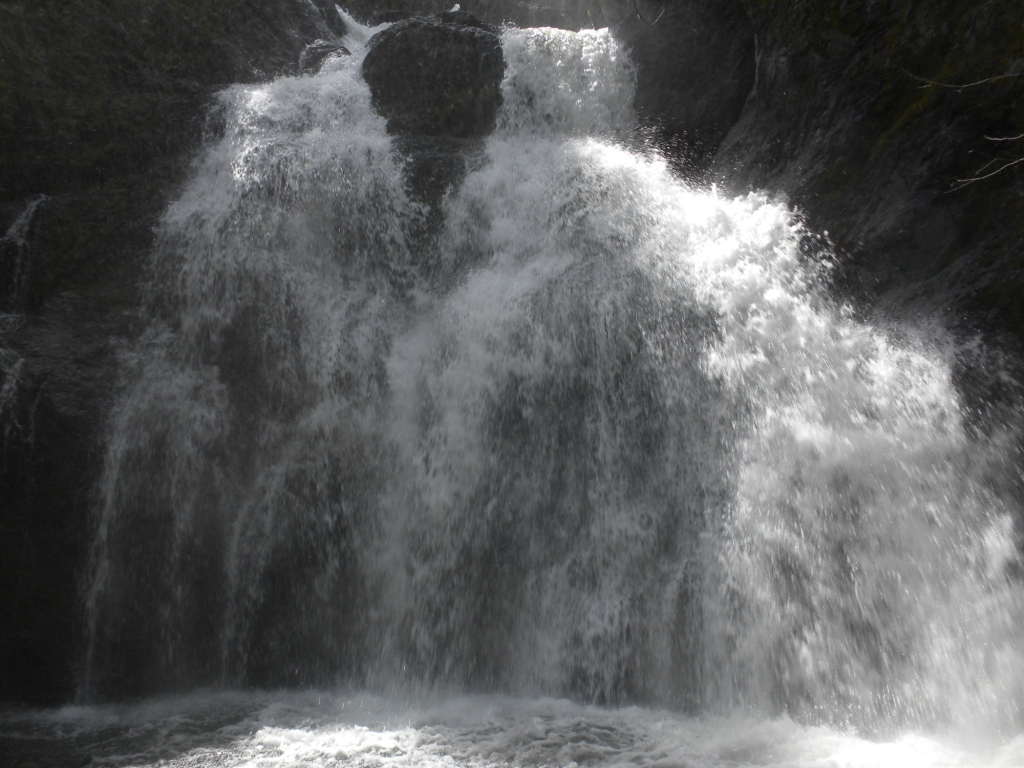 off a cliff at Fairy Falls. With all of the past deaths and the recent deaths, this qualifies Fairy Falls as a very haunted location.

Daniel Joshua Farris 22, of Yuba City, CA, passed away April 18, 2009 from an accident in the Spenceville Wildlife area. Rebecca Lang reported seeing a ghost of a man near the falls. Could this be Daniel? There has been several deaths at Fairy Falls, many people have been swept away by the current.

Some hikers claim to see a ghostly image of a miner. The miner is holding a pick ax. One hiker gave the miner a nickname, that nickname is Picker Pete. Picker Pete appears to be friendly, he is known to smile at the ladies.

SUPERNATURAL FEELINGS ALONG THE HIKE:

Deanna is a sensitive and many times during the hike, she felt a presence behind her. During the hike, she also heard voices in the wind. Darrell Sanders while hiking in 2010 made the same claim of hearing voices in the wind. This place needs to be investigated fully. Today, was merely a paranormal scouting mission. The hike was fun and the history of this place is unique and quite intriguing.

Costa Rica; A Destination for Every Kind of Traveler