Ghosts & The Supernatural – On this day, Deanna Jaxine Stinson, me, Hi-Pee – our Corky and Hannah – our Pekingese were walking off our Thanksgiving dinner (Dinner from the Lovin’ Hut) at the very haunted Sutter’s Landing Park near the American River (200 28th Street – Sacramento).

This park is haunted by the spirit of a man that drowned in the river. The man was found face down floating in the river by a dog. At times some of the homeless river inhabitants have seen the ghostly figure of the drowned man in the river. At Sutter’s Landing Park, two women perished. One woman by drowning and another woman who was killed on the trail. Possibly 2 men assailants who crushed her skull with a rock. People who have walked the trail and some of the homeless residents have seen a ghostly woman walking the trails. As we walked the trails, I was triggered to write an article about my uncle Jose “Joe” Causing, because he was a Merchant Marine and the gentleman walking the trail ahead of us, was wearing a Merchant Marine jacket. GHOSTS IDENTIFIED: SUTTER’S LANDING DROWNED MAN AND SUTTER’S LANDING TRAIL WALKER.

My uncle Jose Causing was quite the character. During his time with the United States Merchant Marines, he was for a while a Captain (Master) of a smaller vessel. He was a regular watch stander, controlling the vessel’s position. While a Merchant Marine and in the US Army 101st Airborne Division, he visited the Great Lakes, South Africa, Korea, Thailand, Malaysia, Japan, Argentina & Chile – South America; Australia; Jawaharial Nehu Port – Navi Mumbai – India; Alaska and even a visit to Oak Island – Nova Scotia – Canada.

Jose was a Korean War Veteran, Kung Fu 12th Degree Instructor that learned Kung Fu from the Jun Fan Gung Fu Institute in Oakland, CA. Jose even drove a gray Cadillac with the license plate “Gung Fu”. Jose even attended Bruce Lee’s funeral in Seattle, Washington. Jose had a dog named “Dammit” and was a professional jazz drummer. In his younger days, he was a Zootsuiter. He retired as a manager at a C&H Sugar Factory in Vallejo, CA.

When Jose was a Merchant Marine, one of his favorite places was Navi Mumbai in India. Jose would talk about his adventures in India and knowing that I was very interested in the paranormal, he would tell me some of the haunted stories that come out of Mumbai. They are scary stories indeed. Here’s a rundown of those stories:

1. D’Souza Chawl – At this nearby well a woman fell to her death. When the sun sets, the woman haunts the well. Witnesses who have seen this woman, say that half of her face is crushed and she looks hideous. GHOST IDENTIFIED: WELL LADY

2. Aarey Milk Colony – On this barren road, a woman is sometimes seen flagging down a passing car or hitchhiking at strange evening hours. She is wearing a white saree. When you pull over, she will approach your car and instantly become violent. Also on this road, there is a vanishing old man that walks up and down the road. Crying babies are heard in the distance. GHOSTS IDENTIFIED: WHITE SAREE HITCHHIKER; CRYING BABIES OF AAREY MILK COLONY and THE VANISHING OLD MAN.

3. Mukesh Textile Mills – This place was established by the East India Company in the 1870s. At some point of time, a fire 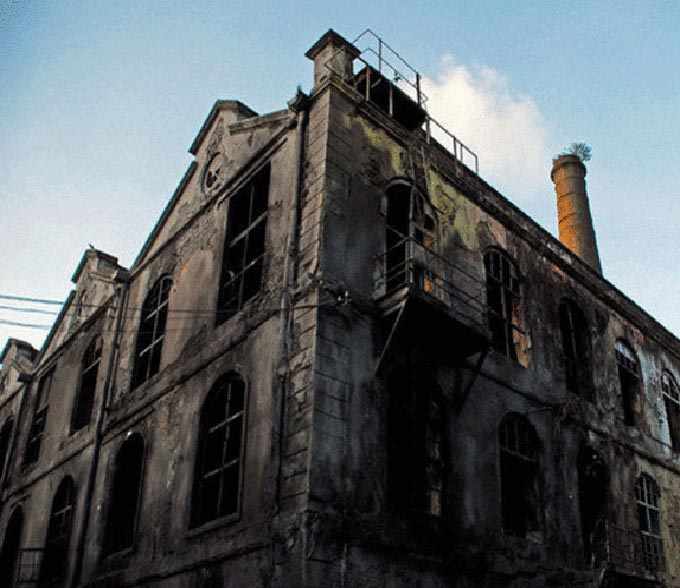 broke out, killing thousands of people. People who visit the site, say they hear roaring flames, people screaming, people moaning and yelling. A couple of people have even seen a running man on fire. GHOSTS IDENTIFIED: MUKESH TEXTILE MILLS FIRE VICTIMS AND THE ON FIRE RUNNING MAN.

4. I am not sure if this place is haunted, but it’s sure creepy. You can visit the Towers of Silence, where dead bodies were thrown into these pits for the vultures to eat. Other haunted places in Mumbai are Sanjay Gandhi National Park; Vrindavan Society and Nasserganj Wadi. The road to Marve & Madh Island has a young ghostly bride that haunts this road. The ghostly bride will jump in front of cars, causing them to get into fatal accidents. GHOST IDENTIFIED: THE CAR JUMPING BRIDE.

5. Other haunted places in Mumbai are: Bombay High Court; St. John’s Baptist Church in Andhen; 8th Floor Grand Paradi Towers where people from the 8th floor have jumped to their deaths. They say up to 20 residents have made that jump. People who have been in these towers see people wandering the hallways and as they watch them, they simply vanish. Guests have seen people jump from the windows, but they aren’t people at all, they are ghosts. Guests have heard screams, yelling and even hysterical laughter. One guest says that a woman ghost walked up to her bedside and told her to “go ahead and jump, jump with me, come on.” The woman ghost tried to hold her hand. The guest was so scared, she left the Towers immediately. GHOSTS IDENTIFIED: 8TH FLOOR JUMPERS.

6. Kamathipura – Brothel #25. During the Colonial times, European women and Japanese women worked the brothel and took care of the needs of British soldiers. To this day, many people see the ghost of a Colonial dressed woman walking the streets. One witness, a gentleman thought she was in costume. He thought she was very lovely. As the man approached her to ask her if she was in a play, the woman looked up at him and opened up her mouth wide and sssss’d like a snake. Then she vanished. The man was terrified from this incident and it haunts him to this day. He said he has PTSD from this experience.

So as you can see there are many ghosts in Mumbai. So if you are looking for a paranormal adventure, I suggest you place Mumbai on your list.