Ghosts & The Supernatural – Meadow Manning from Foster City, CA hiked the new Johnny Cash Trail in early March 2018 and claims he and his wife saw a black form crossing the trail. The form looked like it had a human form, but it was sort of like a black fog. As the dark form walked away, they noticed that it had legs. The form faded away into nothingness. The sighting freaked out his wife so much, she wanted to go back to the car. When they got back to the car, his wife looked at Meadow and said…”take me home now!”

They drove back to Foster City and Meadow noticed his wife was trembling after this experience. Meadow says he doubts that they will ever go back. I had 2 family members who were correctional officers at Old Folsom Prison, last names of Best and Mitchell. During my times when I was in touch with them, they never talked about any paranormal activity, but did mention all of the brutality that they witnessed. Seeing other prisoners hurting other prisoners. They mentioned there were many murders and suicides at Folsom Prison. They recently opened up the Johnny Cash Trail, located at 50 Natoma Street, Folsom, CA. 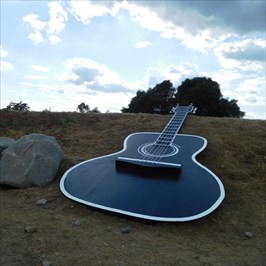 gone. When I walked along the Folsom Dam Crossover Bridge, I heard distinct steps behind me, and when I turned around, there was no one there and the sound of steps stopped. The Johnny Cash Trail is nicely done, with paved roads for hikers and bicyclists. Sometimes when I go hiking, I hate it, because there are no signs indicating where to go. This trail is equipped with signs and you feel secure knowing that you are traveling the right path. There are meadowed areas with signs indicating that this is prison property and no trespassing.

When I listen to Folsom Prison Blues, I always chuckle, because Johnny is saying he shot a man in Reno, just to watch him die. Well, if that was true, he would be in a prison in Nevada, not California. Reno is in Nevada and they would not place him in a California Correctional Facility, he would be doing his time in a Nevada Correctional Facility. Johnny has his jurisdictions wrong with this song. Oh well, it is what it is.

According to former Correctional Officer and Operations Manager of Folsom Prison Museum James Brown, he says that Folsom Prison is definitely haunted. Phantoms are seen in the corridors and catwalks. One of the stories is the story of the Folsom Phantom, who haunts the main gate. The Folsom Phantom is believed to be either Ray Singleton, a prison guard that was stabbed in the prison library during the 1927 prison riots or it could be Charles Gillies who had a massive fatal heart attack while manning the post at the front gate during the 1927 prison riots. At one point of time, prison guards saw the Folsom Phantom on the cross walk. The guards asked this entity to stop and the entity kept walking. The guards opened fire and the bullets went right through the phantom and the phantom still continued to walk. It finally faded away.

Folsom Prison has a lot of history. I mean a lot of history. Some of the notable prisoners it housed were: Eldridge Cleaver of the Black Panthers; Thor Nis Christiansen – Serial Killer; Rick James, Sonny Barger of the Hell’s Angels; Charles Earl Boles aka Black Bart; Joseph Gamsky of the Billionaire Boys Club; Edmund Kemper – Co-Ed Killer; Suge Knight of Deathrow Records; Timothy Leary – LSD Guru; Charles Manson; Erik Menendez; Shorty Rossi – Star of Animal Planet’s Pit Boss; Leo Ryan (working undercover as a prisoner); Danny Trejo – movie star. When the death penalty was prominent at the prison, 93 prisoners were hung by their neck until they were dead. Many gangs have been incarcerated at Folsom Prison from the Mexican Mafia to the Black Guerrilla Family to the Aryan Brotherhood. 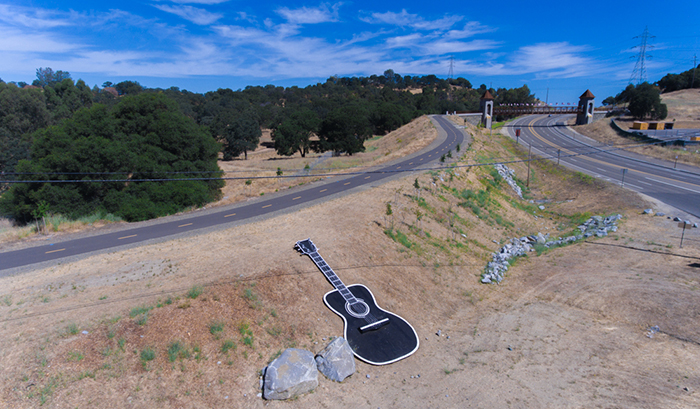 he encountered Deadringer is when he looked at a prisoner with the prisoner’s face and the prisoner had a massive fatal stroke. Luggam says that prisoners do not talk much about Deadringer, because they feel Deadringer will hear them and make his appearance.

Luggam says the one time that Deadringer was mentioned and no one saw him is when another prisoner was taunting another prisoner and yelling…”Deadringer is coming for you!” The next day the prisoner doing the taunting was found dead in his cell, killed by his cell mate, throat slashed. The cell mate could not remember cutting his throat and tried to say he murdered his cell mate while sleep walking. Luggam says it has been over 20 years since Deadringer has been seen.

Special Note: Another prison I went to that has a reputation of being haunted is San Quentin. My former best man Sandy Ewing and his wife who at the time was the acting warden at San Quentin invited me to lunch inside the prison. While having lunch, I was instructed not to make eye contact with any inmates. I did not feel any paranormal presence at the area I was dining at, but I do believe this prison is haunted along with all of the prisons in the world, due to the tragedies that occur in prison on an almost daily basis.

Deanna Jaxine Stinson and I, will be exploring this trail in the near future and we will search for any entities that may be present on this trail. We will let you know our results.

Choose The Right Website To Write The Academic Paper For You