One of the places that Deanna and I investigated is the Old City Jail. This jail sits on 4 acres and is part of the history of Charleston earliest settlements. The jail was operational from 1802 until 1939.  Address:  Old Charleston Jail; 21 Magazine Street; Charleston, SC 29401

This jail housed some of Charleston’s most infamous criminals, such as Lavinia Fisher. Lavinia and her husband John were publicly executed because of their guilt of being highway robbers. Other members of the Fisher gang stayed at this jail. The gang was accused of robberies, murders in the Charleston Neck Region. This jail also housed Federal prisoners from the Civil War. Confederate soldiers were kept in jail. The jail made room on the square to be alongside a hospital, poor house, work house for runaway slaves. Other inmates of this jail were 19th century high sea pirates, who were jailed here in 1822 and waited for their execution by hanging. Denmark Vesey planned a slave revolt and became a jail inmate. Vesey spent his last days in the tower, before being hanged. Jacque Alexander Tardy was held here from 1825-27 for attempt to steal a pilot 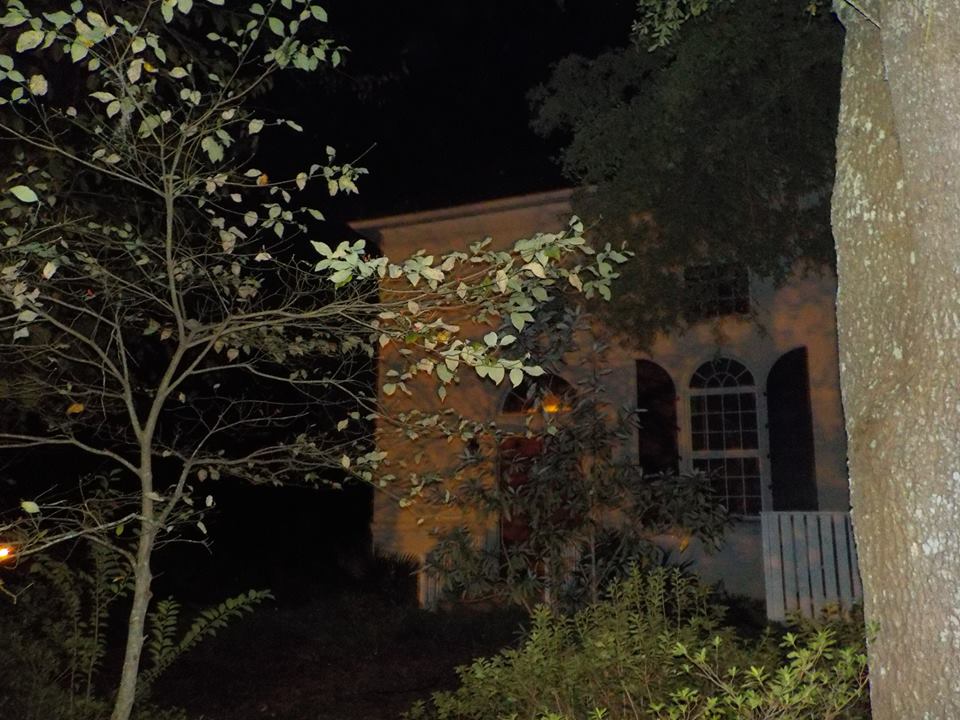 boat, also responsible for innocent John Gibson being tried and hanged for his 1817 piracy. The jail has also been popular with TV shows such as Syfy Channel’s former Ghost Hunters; Travel Channel’s Ghost Adventures and Destination America’s Ghost Brothers.

Deanna being psychic was able to envision some of the inmates from this jail being beaten by other inmates, or being beaten by guards.  Deanna could hear the screams from past tortured inmates.  EVP that we captured was…”kill the screw!”  GHOSTS IDENTIFIED: OLD CITY JAIL GHOSTS.  After the jail we were headed for 3rd Eye Lounge – 1418 Remount Road, Suite A, North Charleston – this is a metaphysical store.  Unfortunately, we did not make it to 3rd Eye.  Things got busy.  There is so much to see in Charleston.  A place that you should visit is the Charleston Tea Plantation, hundreds of thousands of tea plants grow there, under the grand oaks.

Charleston, South Carolina is one of the most haunted cities.  Some of the haunted areas are:

PROVOST DUNGEON PIRATES
Provost Dungeon is a pre-Revoluntionary dungeon that incarcerated criminals, patriots and pirates.  Some witnesses have made claim that they saw ghostly pirates talking amongst themselves.  GHOSTS IDENTIFIED: PROVOST DUNGEON 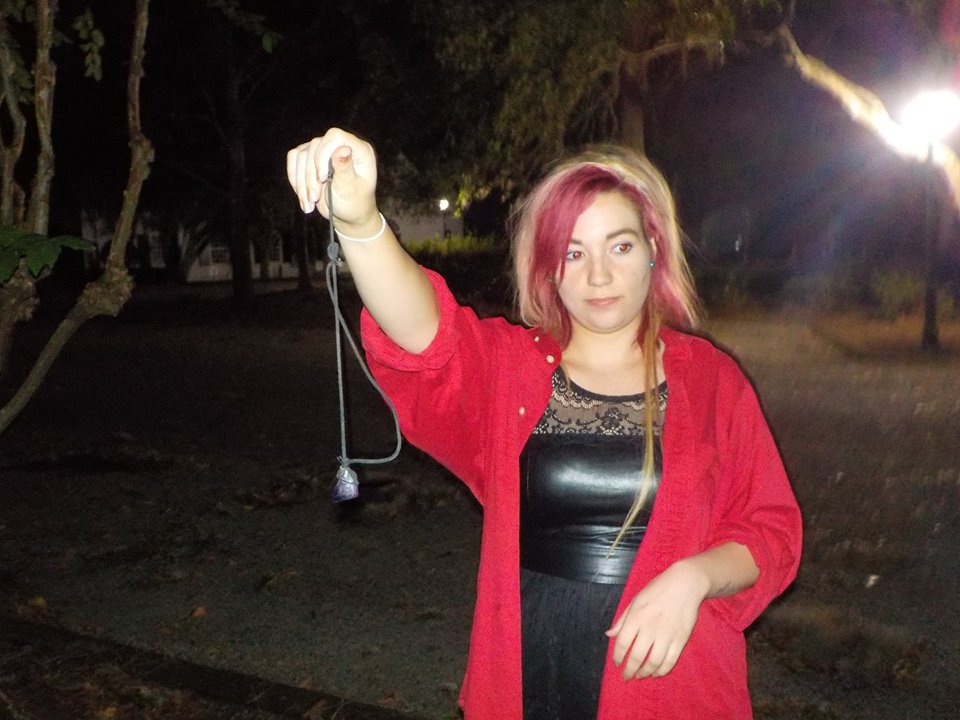 THE POWDER MAGAZINE SOLDIERS
The Powder Magazine is Charleston’s oldest building.  Many ghosts haunt this building.  This building is located at 79 Cumberland Street in Charleston, South Carolina, USA. Completed in 1713, it is the oldest surviving public building in the former Province of Carolina. It was used as a gunpowder store through the American Revolutionary War, and later saw other uses.  There have been many witnesses that have seen American Revolutionary soldiers near and around this building, holding their weapons.   GHOSTS IDENTIFIED: THE POWDER MAGAZINE SOLDIERS

FORT SUMTER GHOSTLY SOLDIERS
Fort Sumter is where the Civil War began.  Quick History Lesson:  From Wikipedia: “The First Battle of Fort Sumter began on April 12, 1861, when Confederate artillery fired on the Union garrison. These were the first shots of the war and continued all day, watched by many civilians in a celebratory spirit. The fort had been cut off from its supply line and surrendered the next day. The Second Battle of Fort Sumter (September 8, 1863) was a failed attempt by the Union to retake the fort, dogged by a rivalry between army and navy commanders. Although the fort was reduced to rubble, it remained in Confederate hands until it was evacuated as General Sherman marched through South Carolina in February 1865.”  Witnesses have seen Confederate and Union soldiers near and around Fort Sumter.  The soldiers seem unaware of the witnesses and at times are shooting guns at each other.  This sounds like a residual haunting at Fort Sumter.  GHOSTS IDENTIFIED: FORT SUMTER GHOSTLY SOLDIERS.

Let’s take a break from the ghost stories.  A great place to visit and to shop for your Halloween costume is:  Hokus Pokus;
1015 St. Andrews Blvd; Charleston, SC 29407.  Deanna found all kinds of cool things to purchase and has a great costume for the upcoming Vampire Ball.  The employees are friendly, courteous and very helpful.  This is not like your franchise Spirit of Halloween that sells the same costumes year after year.  With Hokus Pokus you get THOUSANDS of original costumes never before seen anywhere!  If you are in Charleston, I highly suggested shopping at Hokus Pokus for your next costume! 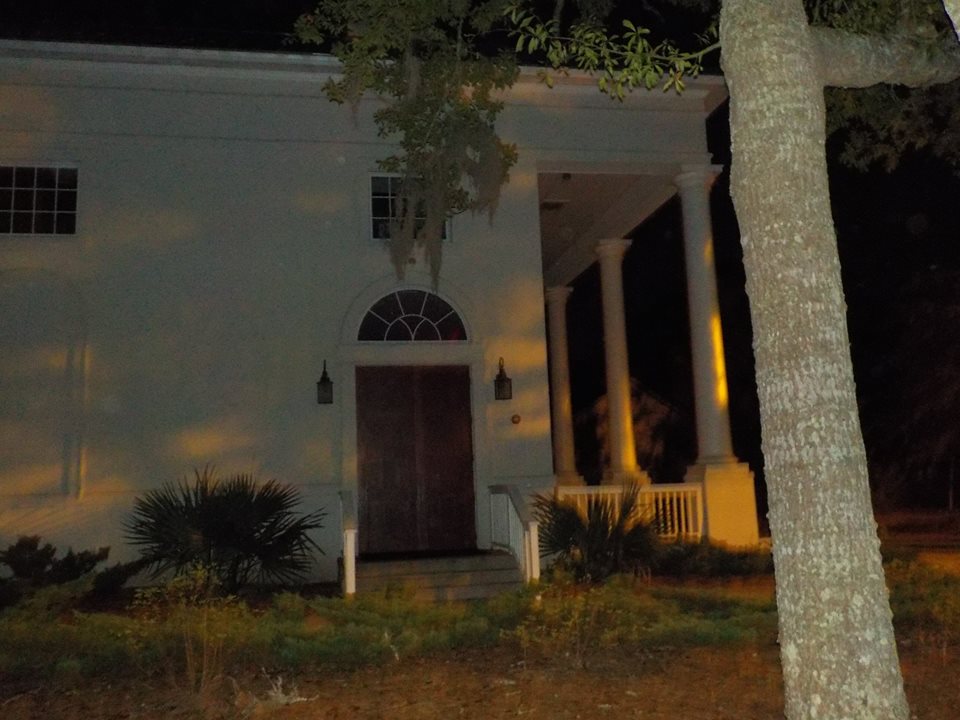 SLAVE SPIRITS OF BOONE HALL PLANTATION
Boone Hall Plantation.  This plantation has been around since 1681.  It covers about 470 acres.  The owner was Theophilus Patey, and his daughter Elizabeth, along with her husband Major John Boone.  This land was given to them as a wedding gift and became known as Boone Hall Plantation. John Boone was one of the first settlers of the South Carolina colony and he arrived in 1672.  Many witnesses report ghostly apparitions of African slaves in the field.  Derek Crossing from Charlotte, North Carolina says when visiting the plantation, he saw a ghostly African slave in the field.  The apparition appeared to be a woman in her 30s. He approached the figure and then the figure just disappeared.  GHOSTS IDENTIFIED:  SLAVE SPIRITS OF BOONE HALL PLANTATION.

COBWEB GHOST OF ST. ANDREW EPISCOPAL CEMETERY
ST. ANDREW – 2604 EPISCOPAL CEMETERY off Ashley River Road.  Deanna and I investigated this very old cemetery, one of the oldest cemeteries in Charleston.  Deanna conducted a metaphysical ritual at this cemetery burying crystal and some lava beads.  During the course of her ritual, she blessed her dog tarot cards at this location.  Since she blessed the dog tarot cards, she has been having visions of dogs while in Charleston and now here in Elk Grove.  Deanna saw a ghostly apparition at this cemetery and when she did, I felt spider webs or cobwebs all over my face.  I immediately started wiping my face to get the webs off my face and then realized I had no spider webs on my face.  I was being attacked by some unseen force.  An EVP that we captured there, was a woman’s voice saying “depart” 3 times.  After we left, we stopped by a nearby former plantation that is now a church.

How Much Does It Cost To Travel Into Space?