Costa Rica News – For all of those expecting to visit The Hard Rock Cafe in Costa Rica you are going to have to wait a little bit longer.  Costa Rica’s first Hard Rock Café restaurant will not open its doors in December, as originally planned. Now it will in January 2013. 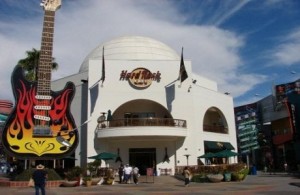 Gustavo Araya, President Hotel Ramada Herradura and investment group responsible for the arrival in the country of the U.S. network, informed the news.

“It took about nine months to obtain all permits. Although the government says the red tape is being corrected in this country that is a lie. It is an ordeal, the National Environmental Technical Secretariat (Setena) is an ordeal, “he said Araya. I never would have guessed that the Costa Rican government would have be the cause of the delays. (Sarcasm)

The businessman added that the construction of the building has begun and, if no more unexpected delays occur, it plans to open the first days of January.

This restaurant is located at the entrance of the hotel complex, located in Belen, Heredia, and will measure 1,200 square meters, with capacity for 280 people. Araya said that the opening of this first store will require an investment of $ 2.6 million.