Handling Conflict To Give You the Upper Hand

Lifestyle – Last month, I was unexpectedly and harshly confronted by someone who completely misunderstood me. My fight-or-flight impulse had been ignited, my heart rate shot up and I began to sweat profusely while just reading a text that offended me. 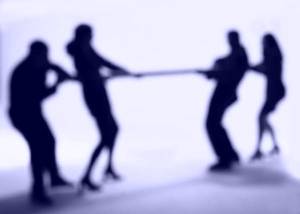 My physical reaction to this made me think about how I can’t stand confrontation. I try to careful about choosing my words when asserting myself in favor of some semblance of harmony. Yet, everyone handles the art of confrontation quite differently. Some even seem to actively seek confrontation — and even seem to get a charge out of it.

In trying to understand the physiological and emotional differences between those avoid confrontation like the plague and those who thrive on it, I came across a compelling recent study published in Hormones and Behavior that hypothesizes how testosterone levels may play a part in status-seeking behaviors, such as social dominance (confrontation) and competitive behavior. Referring to this difference in approach to confrontation as the “hawk strategy” versus the “dove strategy,” participants took part in a two-person economic decision-making game where what they earned depended on certain strategies and choices. As it happens, the person who went with the hawk strategy, when up against someone who went with the dove strategy, most often enjoyed a greater financial pay-off. But yet, when hawk went up against hawk, it resulted in the “worst financial outcomes” for all involved.

When it came to determining why some chose to go with the hawk strategy while others chose the dove strategy, researchers discovered that hawk strategists presented with higher levels of testosterone (a hormone more dominant in men) and less cortisol (an anxiety-linked stress hormone), affirming that when it comes to confrontation, sometimes an offense can really be the best defense.

Let’s take a step back and define the terms a little to wrap our minds around this outcome: Testosterone is a hormone class of androgens, present in both men and women, produced by ovaries and adrenal glands, to fuel your sex drive, keep your bones strong—even helps to balance your pain tolerance. Men with low testosterone levels may experience a diminished sex drive and erectile dysfunction. However, the hormone is not proprietary to the male gender. Women with low testosterone levels can also suffer from a decrease in sex drive, and even depression.

Cortisol, another equal-opportunity hormone fueled by the adrenal glands, also vacillates greatly in each of us at any given time of day. It works to fight inflammation and regulate water levels in your body. It’s also called the “stress hormone,” because your cortisol levels spike when you’re stressed out.

Though both testosterone and cortisol ebbs and flows through our bodies, and their levels can vary both at baseline levels and at any given time, it seems they can affect our personalities in very marked, yet different, ways. How do testosterone-fueled hawk strategists differ from cortisol-driven dove strategists differ in personality? And, as the study asks, do “hawks” have the upper hand in terms of earning power when going up against a “dove?”

In terms of personality types, clinical psychologist Dr. Michelle Golland defines hawks as those with high, logical intelligence, plenty of drive and intelligence, and are rather fearless and are active communicators, but they can also be blunt, pushy, stubborn and unsympathetic. In turn, she describes doves as emotionally intelligent, patient, giving, risk averse, and reliable, but passive with communication, gullible, dependent, followers and predictable.

Thusly, hawks might be better at confrontation because they are not afraid or anxious about being aggressive or standing up to someone or for something, explains Dr. Golland. “If you are a hawk personality, it may be more uncomfortable not to confront, per se, then to confront. Doves fear confrontation, in part, because they avoid risk-taking behaviors. Confronting someone, or even speaking up, is emotionally risky (for them) 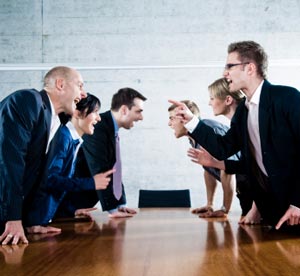 because it may cause people to disagree with them or not like them. For a dove personality, it may cause much more anxiety or stress producing to confront someone or something, then if they don’t.”

That said, looping back to the results of the study, these almost opposite, psychological profiles can also take very different approaches to their professional lives.

“Hawk-types might enjoy financial advantages because of their confrontational nature. For example, they would be better at asking their boss for a raise, and logically making a case for it, with much less anxiousness or fear then a dove-type person. When motivated and determined, hawks can push farther and harder for their needs than doves,” says Dr. Golland.

Are there any professional advantages to being a dove? There are many. For one, they can make for mighty negotiators in tricky, complicated situations where interpersonal skills can make or break the deal. “Some financial negotiations involve complex variables which may require a steady, patient, less risk-averse stance of a dove,” Dr. Golland says.

Just imagine a world where we could gage our hormone levels to ensure we’re best equipped to negotiate for a raise, talk colleagues off a ledge or even diffuse a misunderstanding. There’d be less lose-lose, hawk-against-hawk action for sure. And, just maybe, we’d all make a bit more money.

Bilingual & Looking for a Job in Costa Rica?