Guy Jailed After Catching Wife in Bed with Cop

World News – Talk about having some bad luck…….if it is not bad enough to catch your wife cheating with another man, let’s hear this man’s situation where after he gets pissed about another guy having sex with his wife he reacts only to find that the guy riding his wife is a cop…….and then is put in jail. I guess this would give the wife’s lover at least 4 or 5 hours where he could sneak in for one last romp in the sack. 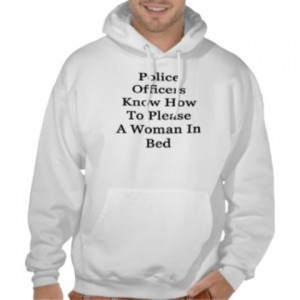 A distressed husband landed in jail after he found his wife in bed with another man, who turned out to be a police officer.

Peter Takavingofa, 25, was arrested after he allegedly bit the man, whom he caught sleeping in his bed with his wife.

Police officer Denhere Malvern, who is a member of the Chinamora police department in Zimbabwe, claimed the husband bit him during an altercation.

But Takavingofa denied the allegations. He has a total different version of the story.

Takavingofa told police that officer Denhere attacked him with an iron bar after he found the officer in bed with his wife.

Takavingofa said that when he came home, the door was locked. He heard voices coming from the house, but when he knocked, no one answered. He proceeded to crawl into the house through an open window. That is when he found his wife in bed with the officer.

The man said that the officer hit him with an iron bar before arresting him and forcing his wife to make a false report of domestic violence.

Takavingofa was jailed and is awaiting trial.

The Adventure of Driving in Costa Rica (Audio)