Costa Rica News – Eduardo Li has plead guilty regarding his role in the FIFA corruption case. 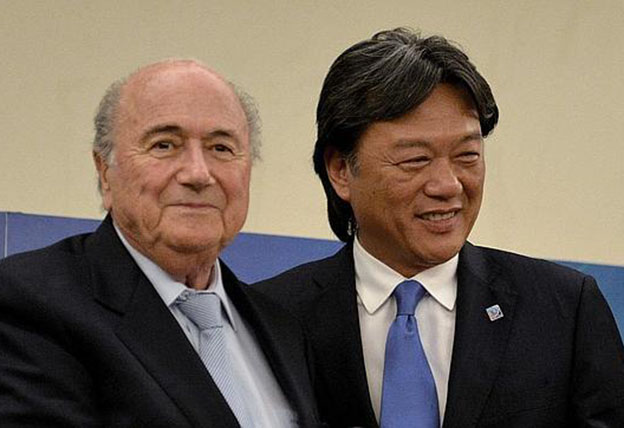 The former president of Costa Rica’s soccer association and member-elect of the FIFA executive committee, Eduardo Li, plead guilty to racketeering and corruption charges on Friday.

In a Brooklyn court, Li admitted to while serving as president of the Costa Rica soccer federation, accepted hundreds of thousands of dollars in bribes in connection with awarding media and marketing contracts for soccer games, including World Cup qualifiers and international friendlies played by the Costa Rica national team. The (bribe) money was moved through American bank accounts.

“I knew that it was wrong of me to accept such undisclosed payments,” Li said through an interpreter.

Li, 57, faces up to 60 years in prison after pleading guilty to charges of racketeering, wire fraud and conspiracy. He also agreed to forfeit US$668,000 dollars to the U.S. government. No sentencing date was set by Brooklyn Federal Judge Pamela Chen.

Prosecutors allege Li, one of 42 individuals and entities, engaged in schemes involving more than US$200 million dollars in bribes and kickbacks, that has rocked FIFA and the soccer world.

Li was among seven FIFA officials arrested in a raid in Zürich in May 2015. At the time, he was a member-elect of the FIFA executive committee, as well as top official for the regional soccer organization, CONCACAF, that encompasses North and Central America and Caribbean soccer groups.

After spending seven months in a Swiss jail, Li was extradited to the United States at the end of 2015 and released on bail in early 2016, after spending some time in an American jail.

The Friday plea means Li will not be standing along with seven defendants who have contested the charged, who face trial scheduled to begin next month. Last month, assistant United States attorney, Evan Norris, said the government is discussing pleas with several of the individuals.

More than a dozen others involved in the case remain abroad and have yet to answers charges against them.

FIFA’s global executives were to meet in Zürich next week for meetings, but are breaking tradition, will not be staying at the hotel where Li and others were arrested last year.

What to Know About Electronic Banking in Costa Rica