World News – A great white shark jumped inside a 73-year-old fisherman’s boat — and he lived to tell the tale with little more than a skinned arm. 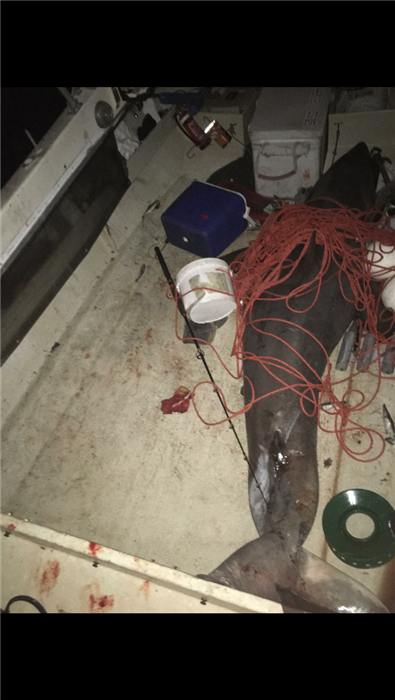 Australian Terry Selwood was fishing in calm waters in the same spot he’s been dropping a line for the last 50 years when the 7-foot long, 440-pound shark leaped into his vessel on Saturday.

“I just caught a blur coming in the corner of me eye … and this thing hit me in the forearm, spun me round and knocked me off me feet,” Selwood told the Australia Broadcasting Corporation.

He recounted scrambling to safety as the shark was “thrashing around madly.”

When Selwood looked down, he said to himself: “There’s a shark in me boat!”

Selwood told NBC News in a phone interview Monday that he lost “a bit of skin” on his right forearm after the shark jumped onto his 15-foot long boat — leaving him bleeding.

“It was a bit dramatic,” the retired construction worker added.

He said the coast guard officers didn’t believe his story until they saw it with their own eyes.

“Oh my God, look at that! There’s a shark in your boat!” he quoted them as saying.

Bill Bates, the skipper of the rescue vessel that brought Selwood to safety, told NBC News that the incident was “totally out of the ordinary.”

He added: “We do get a lot of sharks in the area, but we don’t get sharks that have jumped onto boats.”

Despite his close encounter, Selwood said he’s eager to get back out on the water.

“I think next time I might find a crocodile to wrestle, just to stay in the limelight,” he joked.