Gisele Bundchen Looked Hot On Her Vacation to Costa Rica

Costa Rica News – Gisele Bundchen was back in Costa Rica and looking as beautiful as ever. She is used to flaunting her figure on the catwalk, so stripping down to a bikini on holiday is hardly a daunting prospect for Gisele Bündchen. 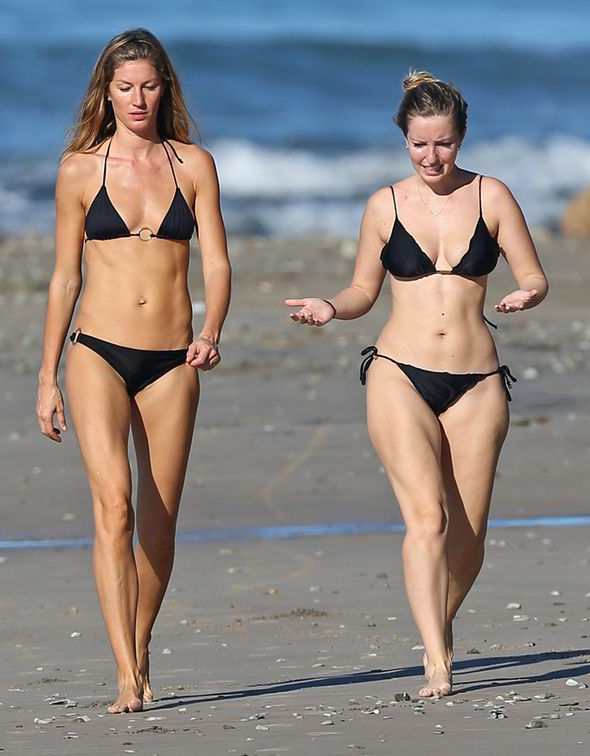 And the 34-year-old supermodel did just that this week as she made the most of her family vacation in Costa Rica.

Gisele was pictured strolling along the beach with her younger sister Rafaela on Wednesday afternoon and couldn’t have looked happier as she soaked up the sun.

Showing off her slender frame and washboard stomach in a skimpy black bikini, the mother-of-two already appeared to be sporting a glowing tan.

Her sibling was wearing very similar swimwear, and the two appeared to be engrossed in conversation as they walked along the sand.

The Brazilian star appeared to be wearing no make-up and left her blonde hair down in a loose wave as she enjoyed some quality time with her family.

She was later seen cooling off in the sea where she splashed around with her two children Ben, four, and two-year-old Vivian.

Gisele’s husband Tom Brady was absent from the getaway and is currently in San Diego, California, with his team the New England Patriots as they prepare for Sunday’s game versus the Chargers.

Yesterday the group were celebrating Vivian’s second birthday, with the model posting an adorbale photo on her Instagram page.

Alongside the shot, which shows Gisele cuddling up to her baby girl, she wrote: “I can’t believe my little girl is turning 2 already! Thank you for being my little sunshine . I love you so much.”

The leggy star has clearly been feeling sentimental recently and on Thursday uploaded an old picture of her and her five sisters with her parents.