Ghosts & the Supernatural – On this night, we investigated an apartment in Oroville. This is a confidential investigation. Names and location of the actual investigation have been fictionalized. The occupant Shirley and her son Matthew tell me and Deanna Jaxine Stinson – HPI Co-Owner and Sensitive the following: 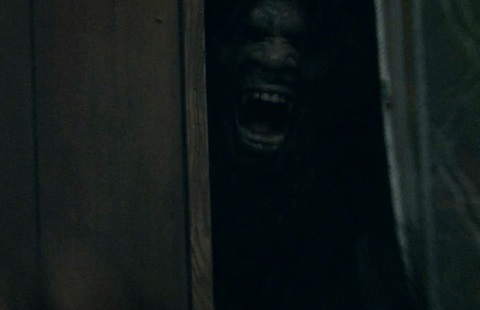 Shirley at times smells a permanent solution and the smell can be very strong and then it dissipates.

Shirley was once pushed downstairs and when she recovered from the fall, she had 3 scratch marks on her back.

Sometimes things go missing, but then they come back to their original spot.

Matthew has seen a dark figure with his peripheral vision, he has also heard a male voice and seen darting dark shadows.

Sometimes the occupants smell aftershave, then the smell stops unexpectedly.

Sometimes the occupants hear knocking at the closet door and the lights will turn off and on.

Shirley tells us that one time a chair spun around on it’s own accord and on top of the chair was a video camera.

Shirley says that at times she has nightmares and one nightmare she was being chased by an unknown entity and she was screaming and running down the road.

The knocking on the walls, could be residual haunting – the former occupants that once lived in her apartment were involved in domestic violence and the male occupant was known to hit his fist into the walls.

As Deanna walked up the stairs, she was touched and received instant goosebumps.

Deanna was compelled to go towards the bedroom window and there is something across the street, it could be the barbershop or this one odd looking building. She felt that the energy in this apartment could originate from one of these two buildings across the street. We later learn from Shirley that the odd building actually caught on fire 6 years ago. Maybe, just maybe if this odd building was haunted, the entities may have came to this apartment after the fire. Just a theory I threw out there.

The more Deanna was tuning in with the entity, she began to feel that the entity as not malicious, but was more restless than anything else.

During our EVP session, Deanna asks the entity: “Do you have a message for us?” The entity: GROWLS!

Deanna felt more energy around the edge of Shirley’s bedroom and in the middle of the steps. This is where the EVP was captured.

Deanna smudged with Eucalyptus wands- reinforced with Palo Santo wood and Rosemary. I conducted a Roman Catholic house blessing. When entering the home the first time, the air felt thick. You could feel a negative presence in the atmosphere. After the cleansing, the air was lighter. Special Note: Tonight when I got home, I started feeling sick. I felt nauseated and was having a hard time breathing. I eventually vomited. I had to sit up on the couch, as my breathing was erratic. After it started becoming normal, I was finally able to lay down. In the morning, I felt better. I don’t know if this has anything to do with the investigation, but I thought I would mention it.