Ghosts & the Paranormal – Are planning on doing some hiking in some beautiful areas as well as searching for paranormal activity or UFOs? Then you are going to want to hit these two places. 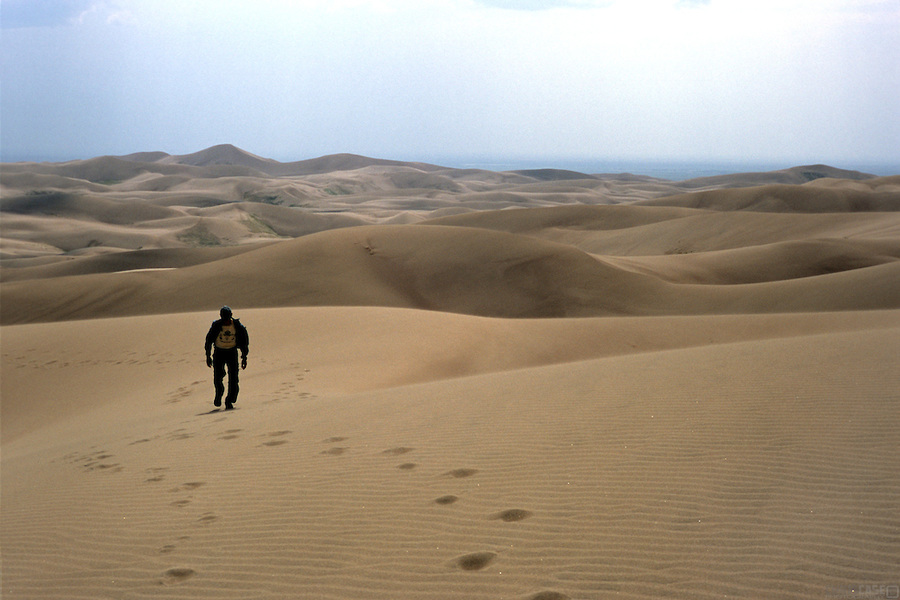 GREAT SAND DUNES NATIONAL PARK:
“The Great Sand Dunes National Park are located right in the middle of the San Luis Valley, well known for being a gateway for weird unexplained events and creatures.

“Mr. Johnson tells me that on one night, he was camping near the Sangre de Cristo Mountains with his family and he saw a huge portal open. From the portal he saw cowboys riding out with their horses. Mr. Johnson claims that the cowboys looked like they were from the 1800s and one was yelling and shooting his gun in the air.

The portal closed and then Mr. Johnson saw the unbelievable, his wife was next to him, holding him tight. A large orb flew over the area where the cowboys were located and a beam from the orb hit the area. The orb remained over the area for a period of 15 minutes before flying off at incredible speeds.

Mr. Johnson claims that his whole family lost one hour of time. Mr. Johnson said that their 3 children slept through the whole thing. Mr. Johnson also claims that when he finally did awaken his children, they were all glassy eyed and acted strange. Mr. Johnson’s kids weren’t acting like his perky little kids, but acted like they were in a trance of some sort. The trance lasted for about 15 minutes and his kids were back to normal again.

Mr. Johnson relates one more thing to me, he says that when he was watching the portal incident with his wife, everything seemed very surreal and in slow motion. At some point of time, he even felt like he was hallucinating. Special Note: Could Mr. Johnson and his wife be describing the Oz Effect?

Mr. Johnson has requested HPI to investigate San Luis Valley. He says this in his own words: “I will never go back there, that place is creepy. Please do an investigation at San Luis Valley!”

Special Note: San Luis Valley is the largest Alpine valley in the world. It is 80 miles long and 50 miles wide in some points. High strangeness has been reported in this area by Native American Indians and Spanish Explorers. Spanish Explorers claimed to have seen strange flying lights and Native American Indians have heard powerful humming noises that emanated from underground. San Luis Valley is a UFO hot spot and sightings of Bigfoot have dominated this valley. This valley warrants continued investigations and at some point of time, I would like to send a team of HPI investigators into the area.”

Great Sand Dunes National Park & Preserve is a high strangeness location, with 60 UFOs seen there since the year 2000. Of course UFOs have been seen in this area for a long, long time. Cattle mutilations are prevalent and since the time before European settlers walked this land, it has been known for it’s space / time portals. 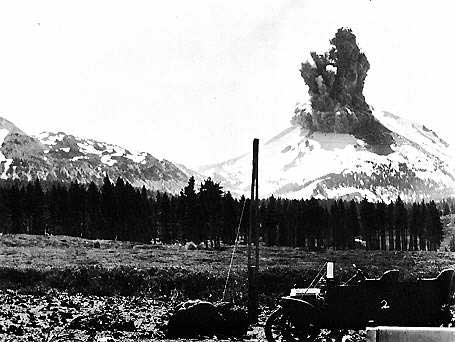 The benevolent Lemurians of Mount Shasta are in constant battle with the malevolent reptilians at Mount Lassen. Many tourists have said that they felt an alien presence at Mount Lassen. They feel like they are being watched. Strange voices are heard that come out of nowhere. A hiker was told to walk down a certain path from a disembodied voice and if he followed the command, he would have fell to his death.

Legend has it that a alien reptilian race of beings live in an underground base at Mount Lassen and they discourage hikers, campers and tourists from their base by throwing pebble sized rocks at them and will go as far as throwing a basketball size boulder at someone.

Darren Wilson makes claim that he was once abducted by a small group of grays and a small group of reptilians. The leader was a praying mantis type of alien and he was taken to an underground base at Mount Lassen. He was told by the praying mantis alien showed him a hologram of the mountain he was going to and the mountain looked like Mount Lassen. Darren witnessed humans in glass tubes. Some humans that were free, were being controlled by the reptilians. The grays were emotionless, while the reptilians showed hatred, anger and at times deep rage. Stories from other abductees say that the reptilians use humans for their protein and enzyme composition. They use the protein and enzyme composition to strengthen their own frail bodies. The praying mantis alien favored Darren and Darren was taken back to his home. It was five years later that images in his mind brought him back to the time he was abducted and after a while, his full memory of the abduction unfolded.