Ghosts & the Supernatural – Mount Diablo is in Contra Costa County. All of my life I have been fascinated with this mountain and had the opportunity to explore it during my high school days. During a small hike with a group of friends, I once felt like I was grabbed tightly from behind, going around my chest area. I looked at my buddy Willie Reid and my other buddy Greg Posadas who were both walking behind me and asked if one of them grabbed me and they both profusely denied grabbing me. 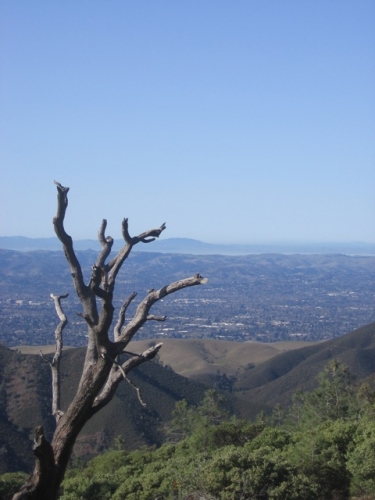 Another time going to Mount Diablo with my high school friend Eugene Pointer, I felt like something attached itself to me when I left the mountain and it got stronger as we headed home. Finally in a parking lot at Skyline College in San Bruno, the passenger car door opened and I felt like something threw me out into the parking lot, I skidded 30 feet on my behind and had scrapes all the way down my leg to my buttocks. When I reached home and went to bed, aching with pain, the attachment left. I felt that this attachment came from Mount Diablo.

The peak of this mountain is 3,849 feet and is visible from most of the San Francisco Bay Area. Mount Diablo appears from many angles to be a double pyramid and has many subsidiary peaks, the largest and closest of which is the other half of the double pyramid, North Peak, nearly as high in elevation at 3,557 feet. I used to work on the 17th floor of the Department of Health Services building and on a clear day you could see Mount Diablo from the 17th floor window.

Many famous people made claim that Mount Diablo was their home. They are: James ‘Grizzly’ Adams during the 1850s. Robert Walter ‘Bob’ Jones – professional baseball player; Robert Noble Burgess of The Mount Diablo Ranch and Jazz Pianist Dave Brubeck. Legendary California outlaws Bill Miner aka the Grey Fox once hid out at Mount Diablo after a stagecoach robbery and the California Rangers went through parts of Mount Diablo looking for the outlaw known as Walter Hitchcock.

According to Wikipedia:
“Mount Diablo has long been the site of numerous reports pertaining to cryptozoology, hauntings, mysterious lights, and various Fortean phenomea It is rumored that the name “Mount Diablo” is derived from the propensity for such weird events to be alleged at, or in the immediate vicinity, of the mountain). Phantom black panthers are seen with unusual frequency on the slopes of the mountain, as well as at the “Devil’s Hole” region of the Las Trampas Regional Wilderness. As early as 1806, General Mariano Guadalupe Vallejo reported an encounter with a flying, spectral apparition, while engaged in military operations against the Bolgones band of the Bay Miwok tribe. In 1873, a live frog was said to be found within a slab of limestone at a mine on Mount Diablo.”

The name “Mt. Diablo” is believed by some to have originated during the 1805 escape of several Chupcan Native Americans who vanished into the mountain, prompting the Spaniards to give chase, naming it “Monte Del Diablo” or “thicket of the Devil.” Did these Native Americans go inside a interdimensional portal? The Bolgones believed Mt. Diablo was the home of their devil Puy – a guardian spirit of the underworld. They believed there was a stargate, portal to Puy’s interdimensional reality – his underworld. 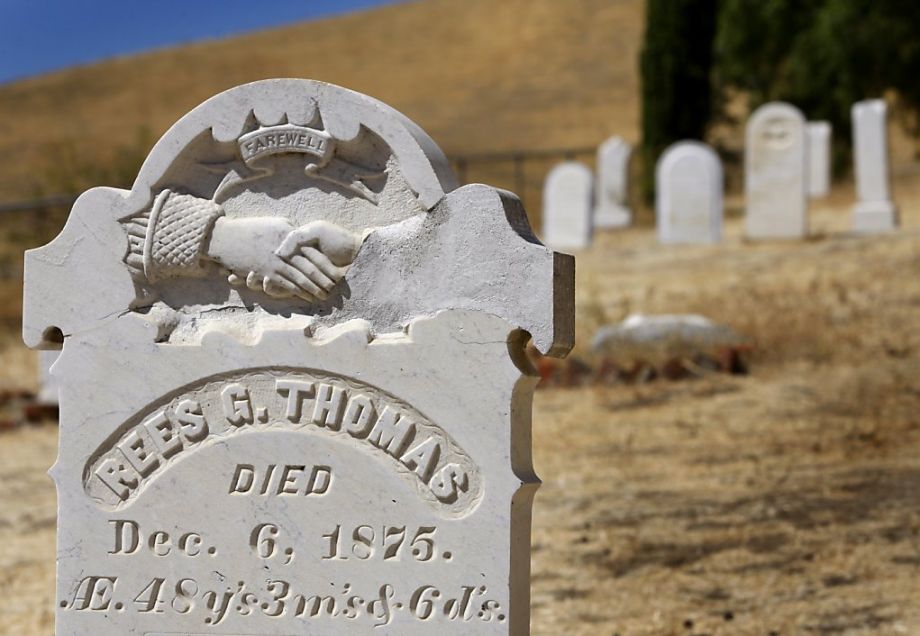 There are still witnesses during these present times of the Puy Black Panther. Campers on the mountain have been known to see a spectral black panther coming into their camps and harassing them. After the sightings, intense searches of the area by authorities produce no tracks or sightings, simply camps full of scared occupants as they talk about their encounter with the unknown.
CRYPTID IDENTIFIED: PUY BLACK PANTHER

On Marsh Creek Road, a desolate windy road which goes around the base of the mountain, is the site where a Ghost Cop is said to patrol the area pulling over speeders, reckless and unsafe drivers. But once you have been pulled over, no ticket is given, and as confusion sets in a seemingly empty police car simply pulls away to continue its ghostly patrol forever seeking out the unsafe drivers in a ghostly attempt to protect and serve, even from the great beyond. GHOST IDENTIFIED: MT. DIABLO GHOST COP

Dr. John Marsh, a California pioneer and some say California’s first American doctor, was murdered in 1856 on his way back to his home in Martinez after hiding a cache of over $40,000 dollars in gold and silver near Marsh Creek. Did the murderers find the money? Legend has it that Dr. John Marsh is seen walking and searching for his hidden cache of money. GHOST IDENTIFIED: DR. JOHN MARSH.

FOR MORE ENLIGHTENING INFORMATION ON MOUNT DIABLO, SEE OLAV PHILLIPS – PARANORMAL RESEARCHER’S ARTICLE ON MOUNT DIABLO. Special Note: The above information originates from Olav Phillips and added information are from former and present residents near and around Mount Diablo.

OTHER STORIES FROM FORMER AND PRESENT RESIDENTS OF MOUNT DIABLO:

DIABLO FLYING SKULL
John Hester of San Francisco was hiking with friends and encountered a flying skull with a black headband. The skull came out of some bushes and flew past John and his friends. One of his friends thought he heard the skull making a screaming sound. John and the others did not hear the screaming sound and one of John’s friends thinks they actually saw a huge barn owl with a large head.

DIABLO STOMPER
Mia Starkweather of San Mateo says she heard some strange stomping sounds while visiting Mount Diablo with her boyfriend and she caught a glimpse of a huge hairy primate looking at her from behind a tree. Mia screamed and the stomping noise faded out in the distance. She thinks it may have been a Bigfoot. Her boyfriend heard the stomping sounds, but did not see a Bigfoot.

Advice for Travelling with a Baby to Costa Rica