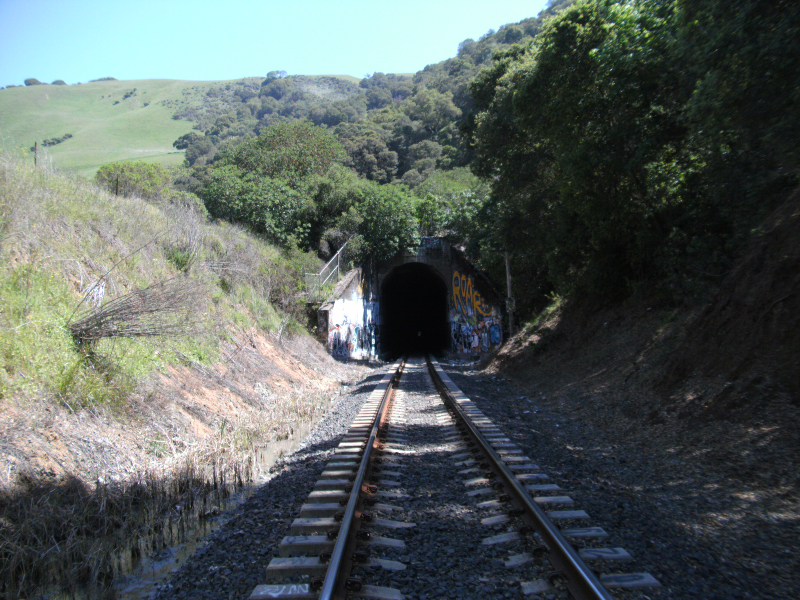 Author David Paulides’ current project is Missing 411, a series of non-fiction books documenting unsolved cases of disappearing people in national parks. The website for the Missing 411 work is www.canammissing.com. His work on this subject began when he was doing research in a national park when an off-duty park ranger found him and expressed concern about the questionable nature of some of the disappearing persons cases which occur in the parks. The rangers knew Paulides’ background and requested that he research into it and see if he could find any leads. Paulides obliged, and since then asserts that he has uncovered multiple lines of evidence to suggest negligence on behalf of the park service in keeping track of their missing people, and a continuous series of disappearances from all across the U.S., and even other parts of the world, that seem to defy all logical and conventional explanations.

As of 2015, Paulides has written five books on the topic of missing people who he contends have disappeared or died under mysterious circumstances in National Parks and wilderness areas. According to his most recent book, a sobering coincidence, his group does not yet have a theory on what is causing the disappearances, although their field of suspects is narrowing. He advises that readers go outside of their normal comfort zone in trying to nail down who or what the culprit is.

Strange things happen in the woods and here are some of the theories.

1. The woods is an exceptional area for UFO abductions. If I was an alien and was studying the biological properties of a human, I would not go into the city to abduct a human, I would find a human in the woods. The simple explanation for the missing human is that the human got lost in the woods. National Parks don’t care about the missing, because they do not even keep any statistical records on missing people in the parks. Some of the disappearances almost seem supernatural. Case example. A child is walking ahead of his parents and family, he goes over a slope and cannot be seen. As the family reaches the area where the slope is, the child has vanished and cannot be found anywhere. The child’s decomposed body is later found miles away from the trail. His body is found at some large jagged walks. How could a small child walk through large jagged rocks? The child’s clothes are intact and not torn. How can this be? I can see why people say that this sounds like a UFO abduction. One of the weirdest incidents that happened in the wilds of the Ural Mountains is the Dyatlov Pass Incident, that you can read here at Wikipedia: https://en.wikipedia.org/wiki/Dyatlov_Pass_incident – Now to the 2nd theory.

2. Bigfoot or Sasquatch is taking hikers, campers, hunters, fisherman. Another theory is:

3. Cannibals in the Woods. Yes, feral people that have a taste for human flesh. Shades of Sawney Bean: https://en.wikipedia.org/wiki/Sawney_Bean

4. Satanists or other cults that hang out in the woods to conduct rituals and human sacrifices;

5. Serial killers that have nothing better to do, than to kill people. Of course David Carpenter aka the Trailside Killer and Cary Anthony Stayner aka the Yosemite Killer loved the woods. 6. Our final theory, that there is a portal in various locations of the world that are connected to leylines and are connected to the wilds. When walking into those portals, you find yourself in another reality. Could the missing people be walking into another dimension? It’s kind of interesting that wilderness areas that have a lot of missing people are named after the devil. Such as Devil’s Peak, Mount Diablo, Devil’s Lake, etc.

Niles Canyon is a hotbed of paranormal activity and below are just some of the few stories.

THE NILES GOBLIN:
Kelli Perez was hiking at Niles Canyon, when she was accosted by a hairy little creature. The creature came out of nowhere. It brushed past her at lightning speed knocking her down. Kelli discovered she had four claw marks on her arm. The creature vanished behind some rocks. This happened in 1962. There was another incident in 1978. Genalyn Serrato was jogging in the area and she spotted a strange hairy creature looking at her from the bushes. As soon as she saw this creature, she turned back and ran towards her car and sped off. Genalyn made a sketch of what she saw. She referred the creature as the Niles Goblin.

THE NILES CANYON GHOST aka THE PROM DRESS HITCHHIKER
The Niles Canyon ghost story is the Northern California variation on the vanishing hitchhiker archetype. There are many different variations of this story depending on whom you ask. All stories include a girl being involved in some sort of motorized vehicle accident on February 26 (the year often changes). One variation of the story includes a girl being involved in a car crash on Niles Canyon road (off the 680 freeway in Sunol, California) on the way to her prom. The girl dies on impact and to this day is said to haunt Niles Canyon road every February 26. The tale of the haunting goes that 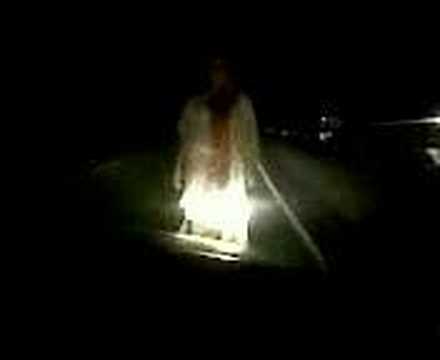 people traveling along Niles Canyon road (now Highway 84) on the night of February 26 will see a normal-looking high school-aged girl walking along the road in a prom dress (many people have said it is white). People traveling along the road (mostly those traveling alone) have said to have stopped and offered the girl a ride. She accepts the ride, giving the driver an address across the bridge (either Dumbarton or Bay Bridge depending on the storyteller). Once the driver gets to the beginning of the bridge, the girl will disappear. Sometimes people have gone to the address to find that a girl many years ago matching that description once lived there. Today, many people will travel along this treacherous pitch black road in the hopes of catching a glimpse of the Niles Canyon ghost. The latest report is in 2013. Michael Tucker on Newport Beach, CA says that he saw a girl in a white prom dress walking alongside of the road. He slowed down his car to get a better look at her and she turned around and gave Michael a sinister grin. Michael calls her the Prom Dress Hitchhiker, because she did have her thumb out. Michael says that her grin brought chills down his spine. When he looked in the rear view mirror, she was gone. This happened around 9pm in the month of November. Michael was looking for a place to bury his dog named Marble.

WHITE WITCH OF NILES CANYON
The story goes that a young woman with the last name Lowerey was on her way to a wedding possibly her own. Riding in a horse drawn carriage near the way stop of Scott’s Corners, (between Pleasanton and Sunol, CA. Area is now Highway 84/680) she was thrown from the carriage when the horses were spooked by the first of two oncoming horseless carriages (car). After she was thrown the 2nd car struck her. Miss Lowerey became the first person to ever be killed by an automobile in this area. Many have seen a woman in white by the cemetery and nearby areas, accompanied with strange lights. According to legend, Lowerey was considered a witch, because she dabbled in the occult with tarot cards and a Ouija Board. It is said that she floats in the air when moving from point A to point B. She floats 5 feet in the air. Paranormal enthusiasts have taken photos of orbs at Mission San Jose’s church and in the graveyard.

SECRET SIDEWALK OF NILES CANYON:
Yes, there is a Secret Sidewalk at Niles Canyon and for more information about this sidewalk, there is a website dedicated to the Secret Sidewalk, read here: http://www.lovehaight.org/links/secret_sidewalk/

UFOS ARE SEEN AT NILES CANYON:
Here are some of the reports. There was a ball of light flying over Central Valley and over SF Bay area. I witnessed a ball of white light travelling with the contours of the hills in Niles Canyon {Fremont}. A friend said they saw the same object leave the canyon and fly over Union City then the San Francisco Bay streaking straight up over the bay. Next day the paper reported the same object flying over the Central Valley from the Sierras. (NUFORC Note: Witness indicates that the date of the event is approximate. PD)