Ghost Hunting; Chased Out of the Bohemian Grove

Ghosts & the Supernatural – On this night, 2/16/2013, went to Wendy Maxam’s house. Wendy, Tracy Lindstrom and myself headed out to Monte Rio. I met up with my team, they were the Bohemian Grove Full Disclosure Task Force. 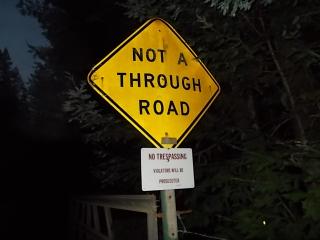 The first thing we did was interview Roger Parker, he has lived in Monte Rio for 45 years. Roger tells me that at the Bohemian Grove, some of the finest musical geniuses will compose a special play to entertain the participants of the Bohemian Grove. After the play is finished, they will take the score and ceremoniously burn it, never to do the play again. This is called the ‘Cremation of Care’ Roger tells me that they have security all year round. The Bohemian Grove is for the wealthy and powerful. He tells me that their are security cameras, motion detectors, sound enhancers throughout the campground and that we will never get in.

As my team approached the secretive campsite by foot, we reached a white line on the road. There were signs everywhere. Those signs say ‘no trespassing, violators will be arrested and prosecuted.’ Tracy started talking to a man that lives near the grove and he told Tracy that it’s men in their 70s dancing around the Grove. Chris and I walked to the 2nd line, where there is a video camera set up by the tree and more signs that violators will be arrested and prosecuted. As we stood there, a large red Toyota, with a flat bed in the back chased us down the hill. This red Toyota had a large search light and the guy driving this truck was checking the hillsides for a long time looking for us. It was only a matter of a minute, before they detected us and the security came after us at high speed. Not since Area 51, have I seen security like this.

Tomorrow we will interview the people of Monte Rio and see what they have to say about the Bohemian Grove. The story continues.

HPI and CVP hit the streets of Monte Rio. We interview people off the streets and see what their opinion is of the Bohemian Grove. Several people refused to talk about the Bohemian Grove and did not want to be interviewed. Then finally we hit pay dirt. We get a tip from two locals. They tell me to interview the Tie Die Man, who sells jewelry. My team and I search for the Tie Die Man and we locate him. This is how the interview went.

Special Note: This is the sole opinion of the Tie Die Man and does not reflect the opinions of HPI or CVP.

There was once a hitchhiker that was killed and it was blamed on the Zodiac, when in reality it was the people of the Bohemian Grove. They are known to sacrifice children. They build complexes in the Bohemian Grove and they do not require building permits. They come out of the 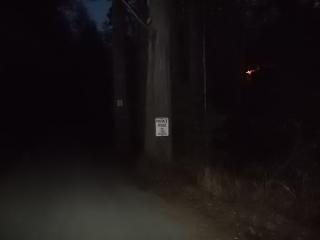 Bohemian Grove with washed cars as they depart smoking their cigars. This place crawls with the Secret Service and the Secret Service are disguised as homeless people. Arnold Schwarzenegger came in like a Roman Emperor in his Humvee, with 6 CHPs in front of his Humvee and 6 CHPs in the back. Jerry Brown has a home in Guerneville and will go to the Bohemian Grove in his Ford Victoria.

There was a time that the Army brought in tanks for the Bohemian Grove play. Another time, they brought in a fiberglass King Kong. They practice sadomasochism, they will bring in prostitutes and the prostitutes will hang out at their golf club. Some of the big wigs that attend, favor boys and young boys have been brought into the Bohemian Grove. The participants bring in their bad habits. There will be trucks and trucks going into the Grove carrying booze. They get drunk and urinate on our redwood trees.

Yes, we have the Bohemian Grove, but we don’t have any Bigfoot.

Would You Like an Illegal Costa Rica Volcano Tour For Cheap?