Ghosts & the Supernatural – Some of the history will tell you that by the early 20th century, most of these forests had been cut down. Just north of the San Francisco Bay, one valley named Redwood Canyon remained uncut, mainly due to its relative inaccessibility.

According to Wikipedia, this was noticed by U.S. Congressman William Kent. He and his wife, Elizabeth Thacher Kent, purchased 611 acres of land from the Tamalpais Land and Water Company for $45,000 with the goal of protecting the redwoods and the mountain above them.

In 1907, a water company in nearby Sausalito planned to dam Redwood Creek, thereby flooding the valley. When Kent objected to the plan, the water company threatened to use eminent domain and took him to court to attempt to force the project to move ahead. Kent sidestepped the water company’s plot by donating 295 acres of the redwood forest to the federal government, thus bypassing the local courts.

On January 9, 1908, President Theodore Roosevelt declared the land a National Monument, the first to be created from land donated by a private individual. The original suggested name of the monument was the Kent Monument but Kent insisted the monument be named after naturalist John Muir, whose environmental campaigns helped to establish the National Park system. President Roosevelt agreed.”

Muir Woods is an excellent place to hike and you can explore Muir Beach, Pirates Cove, etc.

If you are a paranormal investigator, then this is the place to be. Here are some of the creepy things that you may find on your hunt.

THE DRUMS OF THE GHOSTLY COASTAL MIWOK TRIBE
Most people do not realize that Muir Woods is very haunted. Some people have heard drumming late at night and believe that they are hearing the ghostly drumming of the Coastal Miwok tribes that used to inhabit these woods.

THE WITCH OF MUIR WOODS
Katie Smith, wife to a logger that settled in Muir Woods. Katie’s logger husband tried to establish a logging company in Muir Woods. The loggers felt Muir Woods was inaccessible. Katie despised her husband for trying to establish this logging company. Out of money and hungry, Katie waited for a full moon and conducted a ritual and killed her husband with a logging peavey hook. It is said that during a full moon, you will see Katie carrying her logging peavey hook. She is looking for her next victim. 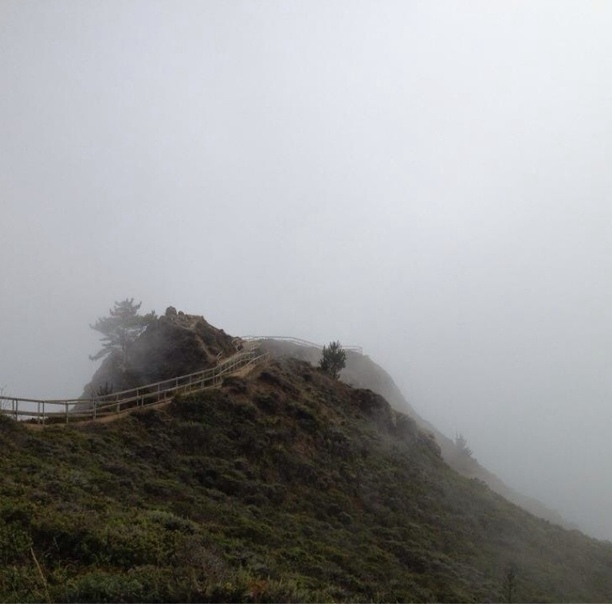 PIRATE’S COVE SPECTER AND THE DANCING HEMPEN JIG PIRATE:
Frenchman Hippolyte de Bouchard was a very well known pirate in California and a place that he frequented was Pirate’s Cove at Muir Woods. According to legend, he has some treasure buried somewhere at Pirate’s Cove and that is why that some people have seen the specter of this pirate as he looks down to the ground, looking for his buried booty. Hippolyte was also known to have raided the Presidio of Monterey in November 20, 1818 and did some raids in Hawaii. Darrell Causman of Half Moon Bay says that one time he was hiking near and around Pirate’s Cove and came across a skinny man with torn clothes, scraggly beard and to his surprise was carrying a sword. Around his neck was a hangman’s noose. He had a maniacal look upon his face and he sort of did a jig and then vanished. Darrell said he spoke to one of the residents in the area, because he was so startled at what he saw and the resident said that was Hippolyte’s first mate and this resident calls him the Dancing Hempen Jig Pirate. Darrell says that he was terrified at what he saw and will never hike in that area during the time of dusk. Also, he states he will always hike with another person, just for security reasons.

DAVID CARPENTER – TRAILSIDE KILLER
Muir Woods is just plain creepy. When you see how the fog just hangs from the nearby hills and mountains giving the place an eerie feel to it, coming across a slithery banana slug and accidently touching one of these creatures and feeling like you just got slimed. Muir Woods is also the former stalking grounds for David Carpenter – Trailside Killer. David Joseph Carpenter (born May 6, 1930), aka the Trailside Killer, is an American serial killer known for stalking and murdering women on hiking trails near San Francisco, California. Muir Woods was one of his many areas that he frequented.

CRASHED UFO AND THE MUIR WOODS HOBGOBLIN
On December 2, 2014 around 1:34AM, a strange ship was seen crash landing in the Muir Woods in the San Francisco Bay Area. When civilians began to investigate the figure falling from the sky, they realized they were dealing with something “not of this world”.

Without jumping to conclusions and by taking all precautions, the unidentified object was investigated from a distance by curious civilians.

“It was huge! It was a giant triangle shape with a completely smooth surface. At first we thought, ‘Maybe it’s a piece from an airplane or a spaceship,’ but as we got closer, we realized that this definitely wasn’t human.” Said one eyewitness who chose not to be identified.

Mike Swanson of Redding, CA was hiking at Muir Woods in July 2015, with his girlfriend Tyla. They were both startled when they came upon what they first thought was a bear. When they both got a better look, they saw a 10 foot humanoid with gray skin, large belly, yellowish pants, pointed ears, large nose and a large chain around his neck. Mike says that it reminded him of a hobgoblin that he remembers from the game ‘Magic’.

I wonder if this is a stranded extraterrestrial that now lives in Muir Woods? A stranded cryptid from the crashed UFO?