Ghosts & the Supernatural – Golden orbs are seen throughout the house and have been known to chase people around. Teresa Williams shared a photo of a demon that was taken at the house. The demon was dark black, had black eyes and seemed hairy and short. Demon Identified: Dexter Manor Demon. The house is 160 years old and is ready to be demolished. 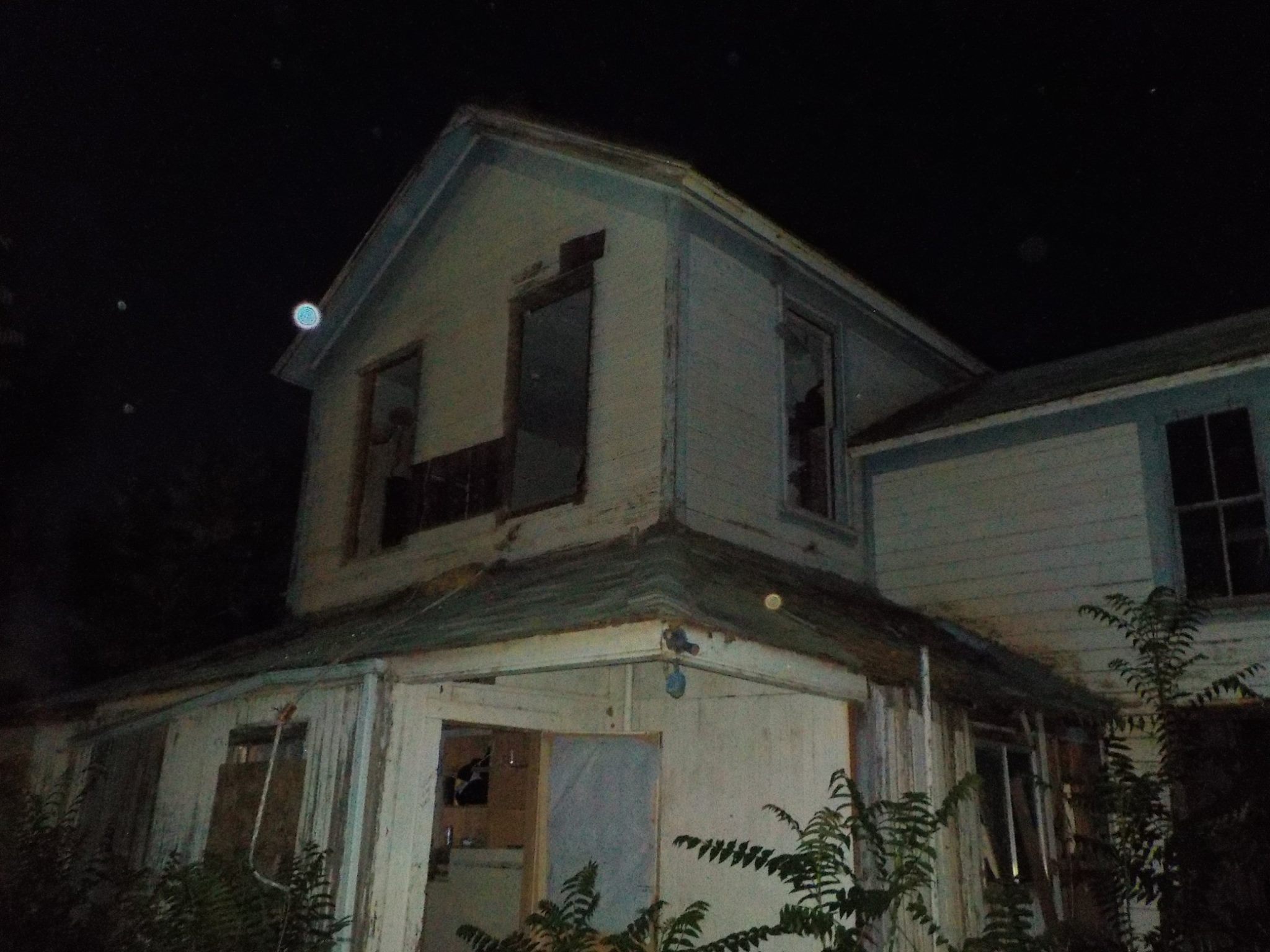 Before the investigation we had a potluck. Deanna brought cupcakes and Little Debbie banana rolls. Kathy Foulk brought macaroni & cheese (homemade) and rice / broccoli casserole and sodas. Abigail provided plates, forks and spoons. Sally brought Ambrosia dessert. Deanna handed out smudge wands to all of the investigators that consisted of sage, cherry, juniper, peach. After the potluck Deanna started blessing the land. Deanna being a sensitive picked up on the spirit of a white male bear and Deanna gave him the nickname of Moon. Note: There was a full moon tonight.

Kathy Foulk started snapping photos of the windows and in several of her photos you can see faces of spirits. One of the spirits looking out the window, looked like a military man with short cropped hair. Steve Foulk on the other hand, took a picture of the moon and captured a strange anomaly in the sky. The picture looks like either the outline of a starship or a portal of some sort opening in the night sky. Note: Dexter Manor is next to haunted DQ University and very close to the mountain range that is known as “Top of the World”. Top of the World is a known local UFO hotspot in this area.

Steve Foulk when first arriving at this place, felt unbalanced. The investigators found places around the home where rocks were placed in such a way, that it looks like some kind of ritual offering. Deanna kept 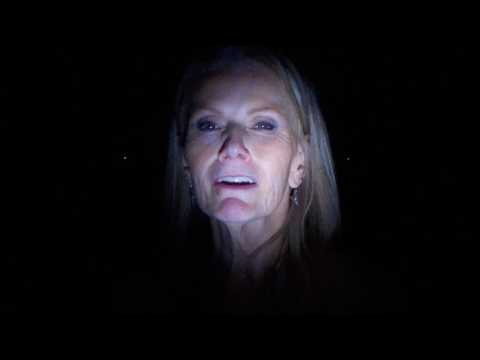 hearing music in and around the property. The song was Memory by Elaine Paige. You can hear it here: https://www.youtube.com/watch?v=E6FE0z5JY_w – Deanna while investigating the 2nd floor may have seen the Dexter Manor Demon. She says it was all black, hiding behind a wall and had no hair. Deanna didn’t feel it was evil and Deanna and Sally both agreed they felt positive energy around the house.

Deanna dug up some rocks and looked at me and said, let’s take these rocks to the rock altar, that is where we will get an EVP. As Deanna placed the rocks down at the altar, I said in my recorder: “do you like it that we are offering you rocks?” The entity clearly says: “Yes sir”. This could be the military looking guy that Kathy Foulk captured looking out the window.

At this home we found the grave of Maxwell Owen. In the home Steve found a Dark Shadows DVD. While I was trying to get EVPs, I could have sworn I saw a 2nd floor door open by itself. I didn’t mention this to any of the investigators, because maybe just maybe it was a trickery of shadow and light from our flashlights.

A Working Understanding of Evil, Part One