Ghosts & the Supernatural – I am heading to the Mother of All Haunting Investigations and it’s a gorgeous day, the day is Saturday, April 25, 2008. When we arrive Fox 40 TV cameras were rolling. 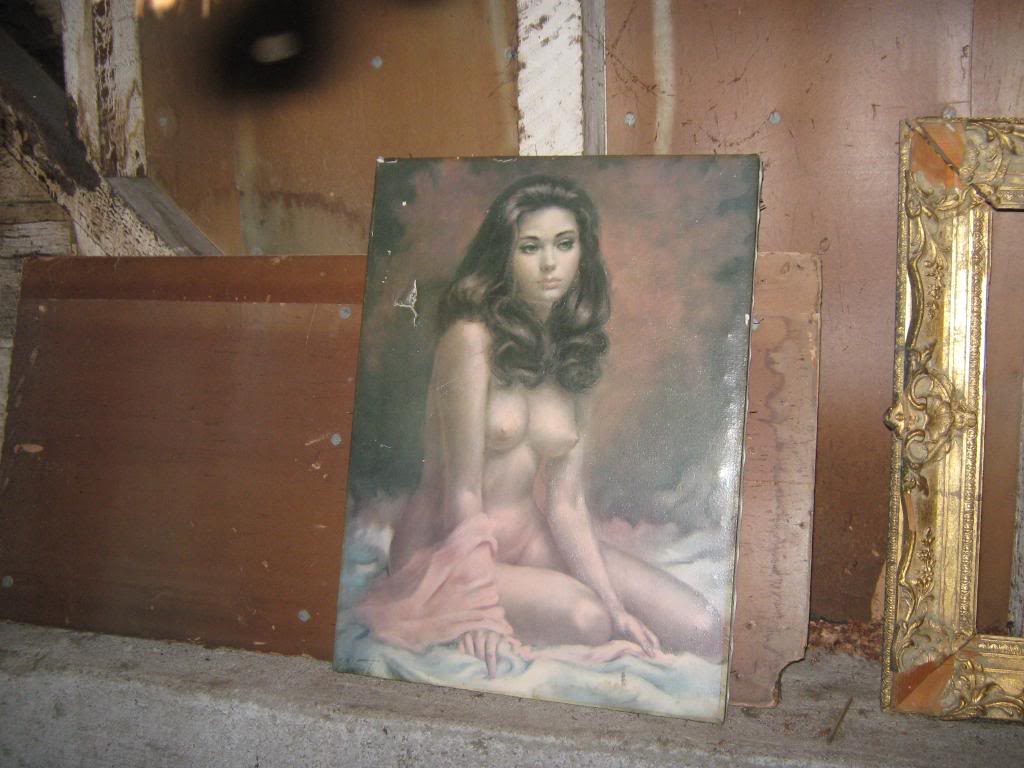 The building was built in 1902. On the 2nd floor is a ballroom and sometimes ghostly music is heard. That tells me that there is possible residual activity on the 2nd floor. An apparition of a little girl has been seen looking out the 2nd floor window and the owner’s friend Celeste Concannon has taken a picture of the little girl apparition. Shannon using the McCabe Method of gathering EVPs gets an EVP of a man talking. It’s clear and distinct, but the words are hard to make out. The question that Shannon asks is ‘Is there anyone here?’

Fox 40 TV cameras are rolling when the EVP is actually captured. Mysterious Realms that consists of Shannon and I, are successful in determining that Thompson’s Corner has something unusual in its premises. Something that is possibly paranormal. The EVP is still pending conclusion. Shannon plans to study the EVP under Audacity. This is to verify that this is an authentic EVP.

Now, let’s move onto Saturday. Vanessa Kalinowski and I ride down to San Mateo with David Mace. If you ever have a chance, go to San Mateo, the city is scenic and it’s a kick to drive on the very long bridge expansion over the bay. We arrive to the home in San Mateo. Just looking at the home, you can tell the home is filled with history. The home according to the occupants was built in 1875. It may have been a boy’s reformatory. Rumors are that a little boy may have been murdered here. Possible child abuse may have happened here. A sinister smiling nun has been seen here. One of the occupants has mysterious writing on her. Writing has appeared on the walls. The word ‘Fife’ appeared on the wall.

One of the female occupants was touched inappropriately by an entity. Taina – one of the occupants is a sensitive and the entities of this house center on her mostly. Taina could be like a light beacon to the entities and so therefore the entities are attracted to her. Taina on one night was brushing her hair and when looking in the mirror could see her dog sitting up on the bed panting, when she looks back the dog is actually sleeping. She looks back at the mirror again and the dog is still sitting up panting. With all of this activity, the occupants decide to stay at a hotel, until my team can arrive.

I broke up the teams into 3 groups. Team Café lead by David Mace; Team Saberheads lead by Bryan Coleman and Team Bitrate lead by Tim Dennehy.

The house is big enough to have 3 teams investigating 3 different areas of the house. We have the 1st floor with basement, 2nd floor with various bedrooms and the outside perimeters with tool shed and storage shed. Activity has been detected in all 3 sections. Face and Tim open the doorway to the basement. The basement has been sealed shut since the occupants moved into this home.

The first session and second session investigations produced no results. No EVPs, no anomalies in our photographs or video footage. What is interesting is that Renee and Timothy felt that there may have been some type of assault on a child in the basement. They both felt negative energy in the basement.

The occupants provided us with cold cuts/cheese sandwiches, sodas and chips. While taking a long lunch break before the third session, we may have obtained 2 EVPs. A man’s whispery voice saying ‘I Love You’ and an EVP that sounded like the letter S.

The next 2 investigative sessions are free-for-alls. The investigators can roam anywhere in and around the house.

My interview sessions with people that include occupants/investigators that have either gathered evidence or experienced something unusual, can be read here:

Renee Martine:
When Renee went to the basement, she felt the energy was even, then when going into a certain section of the basement, she felt negativity. She felt like she did not belong in this area. When Renee meditated, she saw a little girl that looked to be about 8 years old. The girl seemed lost. The little girl had dark hair. Renee kept feeling like she was being pushed forward. It made Renee wonder if the little girl was pushed. Mandy Lewis at a different time, in the same room, also felt like she was being pushed forward. Renee saw in her meditation, a man kissing the little girl on the lips. The room that Renee was in was the same room that other investigators acquired an EVP. Tim also felt that something happened in this area, it was the same area that Renee was in. Tim and Renee did not communicate with each other, but Tim was telling me almost the same story that Renee told me. Another note, is when Renee first entered the house, she felt the presence of a tall male with a mustache holding hands with a small boy. Taina (occupant) confirms that she also saw the same girl that Renee saw. Taina has an actual photo of the girl entity that Renee describes in her mediation.

Taina Naupoto:
Taina feels terrorized because of the writing she found on her body. She found an X on her back, letters on her legs and letters on her arms. When Taina was taking a shower, the 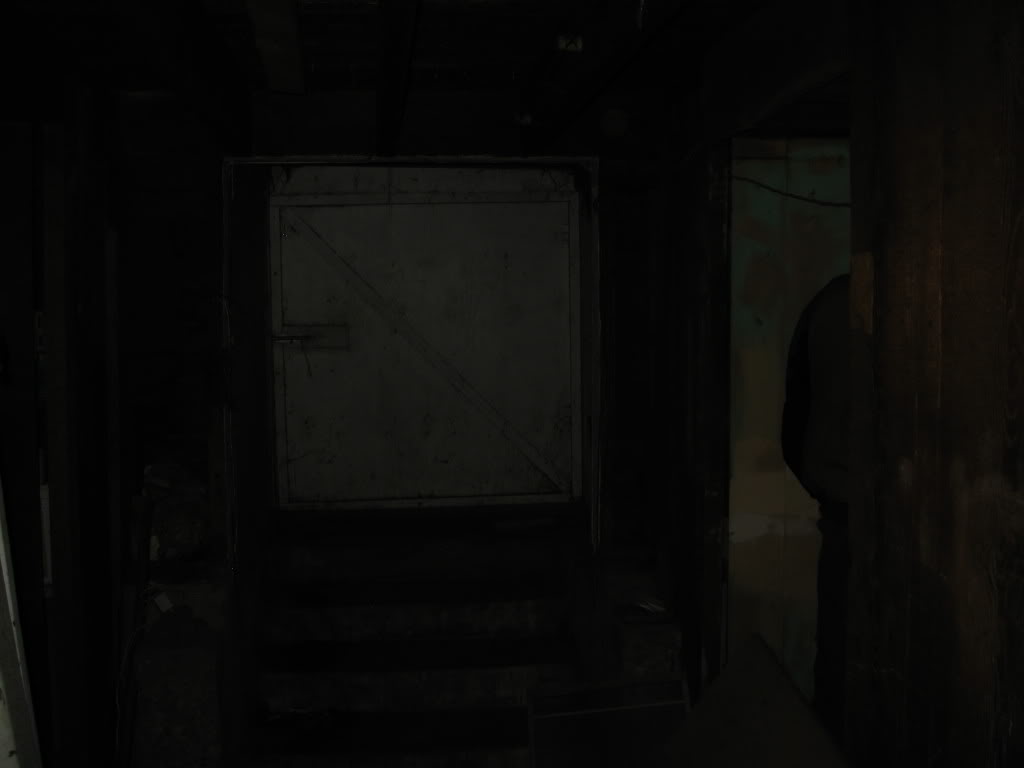 shower drape went over her and snapped around and slapped her on the buttocks. The little girl that Taina has seen was talking to her via telepathy and said that when HPI arrives at the house, that the occupants are not going to like it. Taina also feels 3 entities that follow her around the house, the entities are one little girl and 2 little boys. One boy looks sickly. The other little boy has red hair. Taina calls the red hair boy ‘Chuckie’. Taina has also seen 3 teenage boys (apparitions) that were sitting on the China cabinet swinging their legs. David (occupant) also saw the 3 teenage boys that Taina saw. Taina says that a man with a mustache (apparition) is seen walking around the house.

Brittany Rangwirtz:
Brittany was in the kitchen by herself. There was no one else home at the time and she heard footsteps on the 2nd floor. The footsteps sounded like they could be a woman’s footsteps and it sounded like the entity was in a hurry. Brittany sleeps on the couch in the living room and on one night she thought she saw darting figures moving in and out. It frightened her so much she placed the covers over her head. When Brittany and her dad (David) were cooking, they were using tin foil. They placed it down on the table, they turn around for a second and when they look back at the table, the tin foil simply vanished. Later on, the tin foil reappears at the location where they originally laid it down. Another time Brittany and her aunt Kathy were discussing the haunting activities of the house during a time when they were both eating at the table. Brittany and her aunt left the table and when they returned a high chair was next to the table. How it got there is beyond their comprehension.

Terri L. Flores (Neighbor):
I think that this area where this house is built is haunted, because Terri (neighbor) has experienced the paranormal in her own home. Terri says that in the middle of the night, she has felt something pulling on her arm. She later saw red welts on her arms. She feels like she is being watched. Her daughter has seen black orbs and black shadows around her house. The family dog refuses to go into certain areas of the home. One of the black shadows actually talked to her daughter and asked her why she is there.

Sandy Garcia (Neighbor):
Sandy’s daughter Alex has seen a little girl looking out the window from this house. Sandy’s niece saw the silhouette of a person looking out the window from this house also.
Sandy feels that there is some kind of paranormal activity happening at this residence. In Sandy’s own home, she has seen an indentation on her bed, as if someone was laying on it. Sandy feels the entities follow her niece around and sometimes things will fall off shelves when she is walking around.

Rita Reyes (Paranormal Investigator):
Rita went upstairs bedroom and she recorded two EVPs. Rita said ‘tell me your name’. Female EVP says ‘no’. Rita says ‘I want to talk to you’. Female EVP says ‘Dead’. When Rita went into the 1st floor walk in closet with Mark Reyes, her recorder had digital writing on it that says ‘see you’. She has no explanation on how those words manifested on her recorder. Rita checked her digital audio recorder instructions to see if the message ‘see you’ will appear on her recorder and it does not.

We ended this investigation with a Spirit Box session and a Séance. Using the Spirit Box we received answers to a variety of questions. For example: Who are you afraid of? Answer: In God. His name is Face, can you say Face? Answer: Face. Do you want to go into the light? Answer: Go up. What is your name? Answer: Sam. Are you afraid of Valerie? Answer: You suck. Well, I think you get the idea.

The séance session produced no results.

To finalize this investigation. Yana, Valerie & Renee conducted earthly metaphysical cleansings that required burning sage. I conducted the standard Catholic blessing using holy water, holding my crucifix, marking entry ways with the sign of the cross, hedge-of-protection prayers, 4-winds prayers. After the cleansing/blessing the occupants felt the home was clean. I will do a follow-up with the occupants to make sure that there is no more activity.

CONCLUSION:
Tammy captured a Class A male’s voice EVP that says: The little boy is gone, that lady doesn’t see us. When she captured this EVP, she and Face saw the door open by itself. Face & Tammy also heard footsteps on the 2nd floor. Some investigators felt cold spots throughout the house. Tammy also captured an EVP of a male voice saying ‘I’m here’. Tim caught moving orbs on his video camera and other investigators captured still shots of orbs. Note: Orbs are not proof of paranormal activity, unless we can show intelligent movement. The EVPs captured this night will be followed by further analysis. If the EVPs are truly authentic, I would have to say paranormal activity is definitely at this home. Was this the Mother of All Haunting Investigations? My answer is ‘no’, nothing beats the activity of the Citrus Heights home in which you could hear the entities with your own ears and poundings on the wall, when asking the entity to show itself.

Illegal Drugs Are A Family Business In Costa Rica