Get Drunk During Semana Santa?

Costa Rica News – Usually on the Thursday and Friday of the Semana Santa prohibition is instated in Costa Rica.  If you go to  any establishment that sells alcohol (grocery stores, bars, restaurants, etc…) they would be closed. 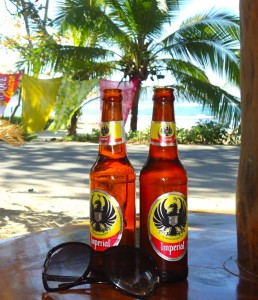 Well it seems the days of knowing where to buy bootlegged alcohol in your neighborhood during these days are coming to an end.  For all of you who do not know what I am speaking about…….during those 2 days in the past there was usually a house or person you would go to and pay about 200% higher than the normal price of the alcohol.  The bootlegging outfit would also need to know that you were “cool”, in order to get hooked up.

Fourteen municipalities have said they will continue to serve alcohol within their jurisdictions because the say prohibition would hurt local tourism. Which it does.

Regulatory and Marketing Act of Alcoholic Beverages Act in Costa Rcia that went into effect last year gives each municipality the power to decide to whether they want to implement prohibition or allow the sale of alcohol during Holy week. Municipalities have up to Wednesday, March 27, to decide.

So for everyone that is coming down to Costa Rica for Easter vacation you will likely be able to drink and go out in most locations in Costa Rica.  No need to buy a couple of bottles at the duty free at the airport.

Gay Teen Killed By Being Set on Fire