In Costa Rica offshore gambling is seen everywhere, and i guess the saying is true…..people will bet on anything! 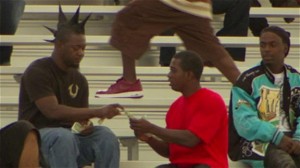 Broward Sheriff’s officials searched two alleged gambling houses Monday where they say people were betting on professional, college and youth games. The nine men arrested were charged with bookmaking and some were charged with keeping a gambling house. Authorities say the suspects had direct ties to the South Florida Youth Football League and several have extensive criminal histories.

“We take these types of activities seriously and will continue to monitor the situation at our parks,” Fort Lauderdale Police Chief Frank Adderley told the South Florida Times.

According to the league’s website, it has 22 clubs and 6,000 players of all ages in three counties.

Brandon Bivins, coach and president of the Fort Lauderdale Hurricanes, was among those charged. He’s being held on $50,000 bond. It’s unclear if Bivins had an attorney.