Costa Rica News – The condition of the streets in Costa Rica, particularly San Jose, is something just about every resident and every tourist has complained about.

Whether a natural pothole or a man made hole, they are everywhere in the city and they are just left there much of the time. The municipality digs up a spot to fix pipes or something and weeks later the hole remains with just a few pieces of caution tape or branches and rocks sticking out to warn drivers and pedestrians.

Residents of San Francisco de Dos Rios have been frustrated by the lack of communication and desire to repair a hole on a public street, so they have turned to humor as a means of communication.

The hole is located 125 meters west of Okayama Park, in El Bosque. The neighbors complain because the hole has a one meter diameter and two meter depth with no solution to fix it in sight.

They have made a street sign, similar to those used on national roads, to indicate the direction to a few nearby cities. They also made one pointing down the hole. It says “China.” 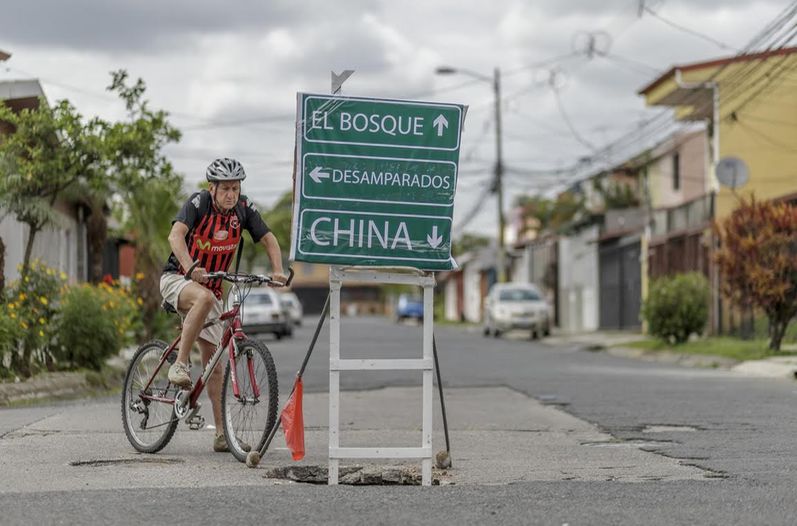 Costa Rica Beach Is a Battleground for Sea Turtle Eggs