From Faith and Belief to Doubt and Insight?

When attention gathers in passive observation, every thought, feeling and sensation are seen and held in awareness. That action in turn effortlessly ends the entire movement of memory, thought and time. 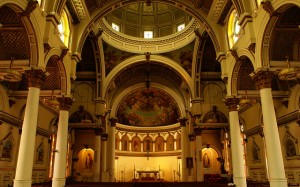 For nearly the entire hour-plus sitting alongside the creek that delineates the present periphery of this town, the most astonishing cloud hung motionlessly above the canyon some miles away.

Its wavy white edge gave the appearance of frozen water. Not only its position, but even its shape didn’t change. Its interior altered somewhat, with a hole in the middle expanding or shrinking, but it looked solid and stationary around its undulating edge.

A clear, fine, late afternoon light added to the immense beauty and timelessness of the place. The movement of thought effortlessly ended, and an unknowable benediction came.

One timeless minute of benediction flowing through the silent mind of a self-knowing human being matters more than the work of transmuting man, though it may be tens of thousands of years old.

Time always seems to stand still when thought ends because thought is time. In actuality, there is only the present.

One bathed in that light and emptiness, and spontaneously left the stream of content-consciousness. Can I return to the world without re-entering the polluted stream?

A kite hawk swooped in low over the fields, crosses the creek, and disappeared on the other side of the bike path.

“God’s rottweiler,” Joseph Ratzinger, Pope Benedict XVI, said today he is resigning the papacy. He’s the first pope to quit in 700 years, and his announcement, surreally and irrelevantly delivered in Latin, stunned the world’s 1.2 billion Catholics. But it has even larger implications, and raises fundamental questions about the foundations of spirituality in the West.

Benedict cited a “lack of strength,” a waning of emotional, mental, and physical energy. But his most telling remark 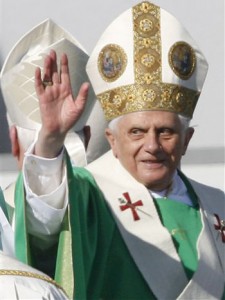 referred to “today’s world, subject to so many changes and shaken by questions of deep relevance for the life of faith” as a reason for his resignation.

That is a tacit confession that the Roman Catholic Church, befouled by decades of pedophilia by its priests (covered up by bishops and the Vatican) and riven by corruption, is dying.

Having been raised Catholic and attended a Catholic school until the 10th grade, at a time when kids were marched off to Mass every morning before class, I have some sense of the shock waves rippling through the Church today. And having been a favorite of the priests (no, I wasn’t doodled by any of them) I almost feel sorry for Ratzinger.

However as Pope Benedict XVI, Joseph Ratzinger clung to his anachronistic emphasis on religious authority, and belonged to the past well before he took office.

The loss of vitality in the Vatican, especially in the West but essentially at the Church’s core, is not a function of one man, or a group of traditionalist men in red who will secretly elect the next pope.

Indeed, has the vitality, for good or ill, of the Catholic Church expired with this pope? Can even electing an African pope, in one of the few regions on the planet where the Church is evangelically growing, regenerate Catholicism? 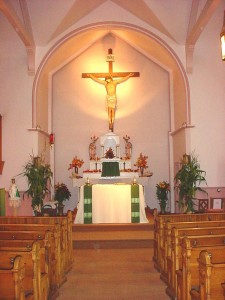 contain or transmit the holy.

Churches, mosques and synagogues can and perhaps should serve other purposes in their communities, but they won’t survive unless they point the individual toward igniting insight within themselves, rather than attempting to reaffirm their crumbling and irrelevant creeds and theologies, rituals and rites.

The West, despite the emergence of humankind’s scientific prowess here, has been rooted in faith, not doubt. And the greatest change in the Western world in recent years is the waning of faith as belief, conformity, and authority, and the growth of doubt, skepticism and questioning. And these are the most important qualities for a genuinely religious person.