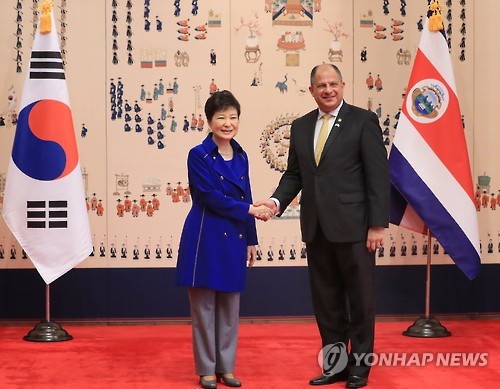 The last round of negotiations is scheduled for October 24 to 31 in Seoul, Korea. In this round, the parties will negotiate the clauses regarding direct transport, re-export certificates, and the principle of territoriality.

Other chapters are on access to agricultural and industrial markets, contracts, cooperation, trade protection, institutional arrangements, investment, intellectual property, and services. Laura Bonilla, president of the Chamber of Exporters of Costa Rica (Cadexco) said Korea was a demanding market, which required they worked strongly on the treaty so that they could take advantage of its potential and to expedite the processing of the required sanitary and phytosanitary permits.

“We are convinced that the FTA with Korea will boost exports, cooperation between both countries, and attract foreign investment in high added value sectors,” she said.

The Korean market has 50 million inhabitants. It’s population has a high income and a high purchasing power, as per capita income is of $27,000 per year, and the country’s gross domestic product (GDP) amounts to $ 1.41 billion, said Bonilla.

The sixth round of negotiations of the Free Trade Agreement between Central America and the Republic of Korea was held in Nicaragua and came to an end last week. The results were positive, and prospects are that negotiations will be successfully completed.

The parties finished negotiating the chapter regarding dispute settlements, and there was an exchange of bilateral supply regarding market access, which must be approved before October 31 .