Costa Rica News – For all of those people that are looking for something fun and inexpensive to do this weekend, you might want to take the trip to Moravia just outside of San Jose for a musical treat. 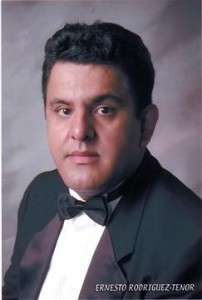 The National Band of San Jose joined forces with the voices of Maria Marta Lopez and Ernesto Rodriguez to give life to a free concert called Lyrical Hits this Sunday in Moravia.

The aim of the concert is to offer various pieces from famous operas and other recognized songs.

The concert is scheduled to begin at 11 am, after 10 am Mass at St. Vincent’s Church in Moravia.

Be ready to hear  the aria of the Queen of the Night , from the opera The Magic Flute , original composer Wolfgang Amadeus Mozart.

The concert will last 70 minutes.

Classics. repertoire will also be in the Neapolitan song Funiculi, Funicula , to be sung as a duet by Rodriguez and Lopez. This is a very famous melody that even so-called Three Tenors (Luciano Pavarotti, Jose Carreras and Placido Domingo) included in their historical presentations.

Lopez explained that this concert series began earlier this year with the National Band of Puntarenas. During the first half of the year they gave three concerts in the province, bringing large audiences.