My still sharp 91 year-old father called from the Midwest to see if I was ok. A friend of ‘Meditations’ in Tanzania wrote expressing concern, but with greater knowledge of where the worst fires have been occurring.

The fires south of here swept through so fast, consuming entire neighborhoods so quickly, that people were “cremated” authorities are saying. They still aren’t sure how many have died. 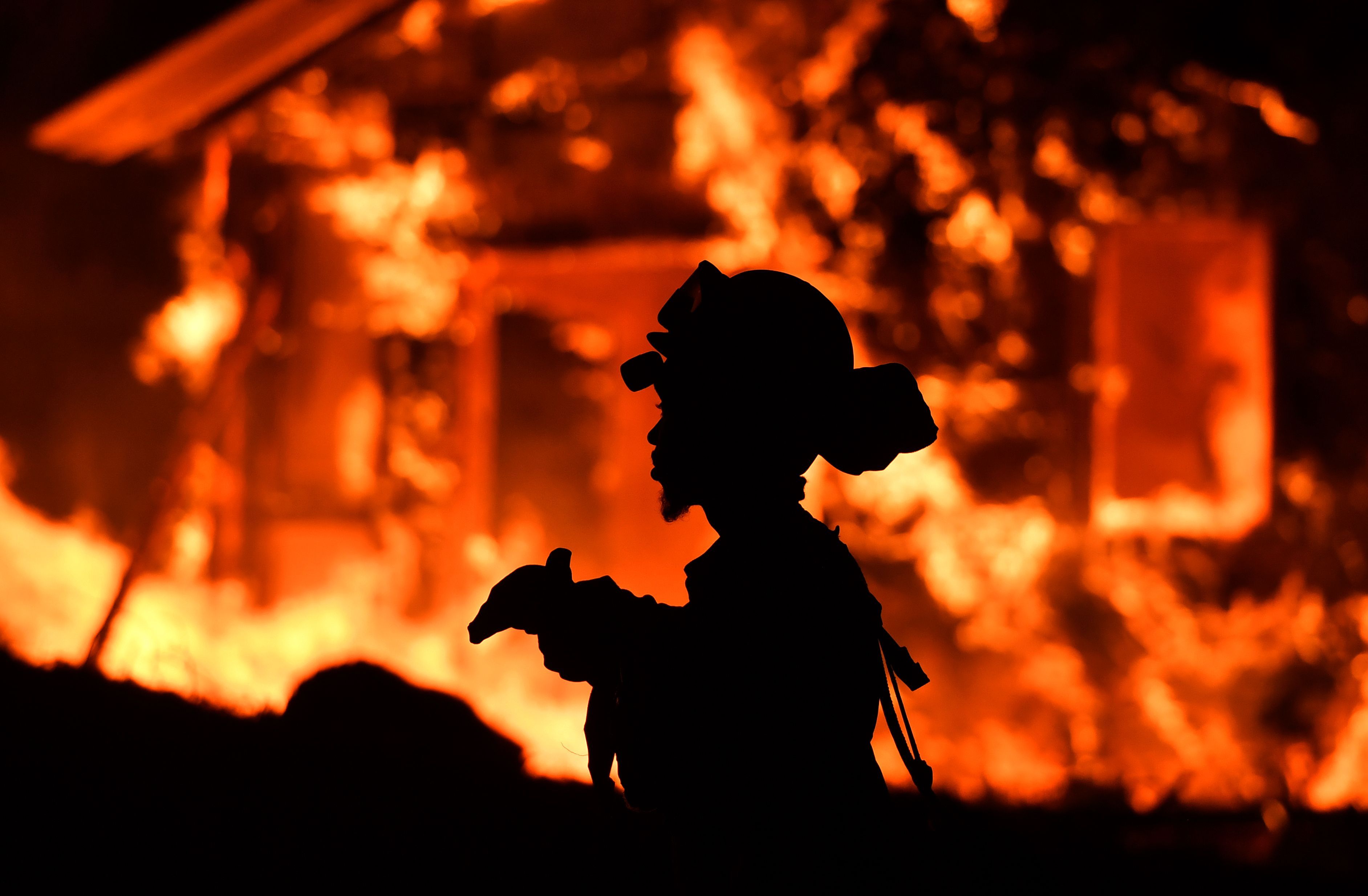 Governor Jerry Brown said that it’s the worst disaster the state has ever suffered. Everyone immediately thought of the Great 1906 San Francisco Earthquake, in which most of the city burned down but only 63 died.

People back east, more than Africans apparently, think the entire state of California is on fire. In California, if you haven’t been directly affected or don’t know someone who has been affected by the fires, they seem surreal, like they’re happening in Tanzania.

Wherever natural and unnatural disasters are occurring, it’s the same all over the world. Six degrees of separation have become six degrees without separation.

The earth is shouting for us to wake us up, and yet few people are listening.

Meanwhile, astronomers are talking about terraforming Mars, turning it into Earth 2.0. Sure, that’ll work…destroy our home planet and recreate the earth on the next rock over.

Can humans make the transition to intelligent life? Those holding the question are the answer; those who think they know, one way or another, are part of the spreading darkness.

Unlike “2001,” “2010” is an eminently forgettable film. But it ends with one artistically prescient scene that’s a metaphor for what’s happening in consciousness and the world today.

The “2010” crew has made direct contact with the intelligence behind the monolith of “2001,” representing an outside force that set apes on the evolutionary path to humanness a few million years ago, and transmuted humans into cosmic beings at the end of “2001.” (The latter film completely ignores that denouement.)

In “2010,” the monolith plunges into Jupiter, where it begins to exponentially multiply, until it nearly covers the entire planet.

Told by the alien intelligence to reach a certain escape velocity and distance by the time darkness completely envelops the gas giant, the crew barely makes it as Jupiter goes nova. Instantly there is a second sun in our solar system, which somehow unites humanity in the process.

Unlike the subtle philosophical symbolism of “2001,” which ignited questioning and imagination in my teenage brain, “2010” is pure hokum. But the metaphor of an entire planet going black stuck.

Even in 1984 I felt it was our future, both with respect to consciousness, as well as man’s decimation of the earth. The intelligentsia, in North America and Europe at least, are still in denial. The idea of progress dies hard. Is it that the explosion of the light of insight essential to change the disastrous course of humankind can only occur in human consciousness when man’s darkness has enveloped the entire earth? Apparently so, but only if some are ready.

A pessimist is a person who sees and feels the shadow of the past eclipsing the present and future. An optimist is someone who focuses on a real or imagined point of light in the future.

Personally, I’m both—a pessimist wrapped around a kernel of optimism. Even as the darkness grows and the light seems to recede, I retain a fragile faith that humanity will awaken at our darkest hour.

The rough beast slouching toward Bethlehem has grown into twin boy-men. They bait each other from opposite sides of the world, an evil David and an evil Goliath. “In the end, which is where we live now…”

Thought-based consciousness is an impediment to cosmic consciousness. Freeing ourselves of psychological thought (that is, conditioning) is the first and most difficult task of a human being.

I’m not a believer in gods and masters, but I’m sure that if intelligent life exists in the universe, we won’t be communicating with it through technological means.

To awaken cosmic consciousness one has to stand alone, and effortlessly quiet and negate thought. That happens when we allow space within, and give all our energy for even a half hour a day to passively watching the movement of thought in the mirror of nature.

Doing so gathers undirected attention without a center, which acts, without ego and self, cleansing and opening the brain.