Figueres will Use InBio Park to Present His “Country Plan”

Former President of the Republic, José María Figueres Olsen will present his “country plan” next Monday in Park InBio facilities, confirmed this afternoon, his press secretary Jose Pena Namoyure. The activity aims at presenting a development project for the country, without claiming to be a project “election,” said Pena. 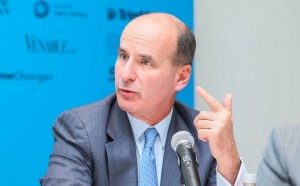 “It is an initiative designed to raise the country’s medium and long term. And then see how it runs. Has the advantage that it is not sectarian, it is not partisan, not politics,” he said.

In the activity, Figueres will be accompanied by an advisory group and board of the team that helped him develop his “plan country.”

Figueres visits , frequent since last December after an absence of ten years in national political life generate expectations in the stores of the National Liberation Party (PLN), where the water and move with the aspirations presidential election announced by Rodrigo Arias Antonio Alvarez Desanti and movement of Johnny Araya Monge.

The absence of Figueres in the political arena came after that came to light the scandal ICE-Alcatel , early in the first decade of 2000, when it was linked with the payment of consulting the French firm was sentenced telecommunications payment of bribes to Costa Rican officials.

Figueres gave consulting services to a contractor working for Alcatel, but was never prosecuted by the Attorney General.

Now, his return to the country opens the question of whether to participate in the upcoming electoral contests, an element that does not accept or discard Figueres and remains dormant.