Figueres Will Announce His ‘Political Agenda’ in July

Jose Maria Figueres might be looking for re-election by announcing his candidacy for presidnet but Costa Rica must wait at least another month to know what the president attends to do politically.  According to his spokesman, Jose Manuel Peña it will not be until early July when he will reveal his political plans. 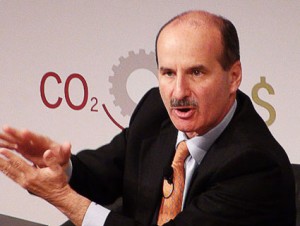 And their election plans? So far on this subject Figueres shown publicly sealed and does not say whether or not to enter the struggle for the presidential candidacy of National Liberation Party (PLN) for 2014.

And yesterday, Pena, said they are currently focused on finalizing their plan “Project – Country,” which will be proposed to assist in national development.

According to Peña, announcing a candidacy at this time is a hasty decision. .

Potential rivals like Johnny Araya and Antonio Alvarez Desanti are not clear yet what what the president will do.

“Thelast visit that Don José María had planned. We are not talking about whether he would or not be a presidential candidate, he did not tell me, but he did not deny it, “said Alvarez.

Meanwhile, the mayor of San José, Johnny Araya, said that so far has not discussed this issue with Figueres, but that he expects him to announce presidential candidacy.

The Political Directorate of National Liberation last week endorsed the Arias initiative to advance the date of the internal election of the candidate from June to March 2013, which would advance the internal campaign to January.

Jose Maria Figueres returned home after 11 years of being out of the country, he publicly stated his interest in a project which aims to diagnose the major national problems and offer a possible solution.

“In July he presented his project to Costa Rica, a radiograph of the country that can enhance their development in the medium and long term,” said Pena.

Figueres and had 25 meetings with various sectors and visited Perez Zeledon, Guanacaste and San Carlos.

Father’s Day Grilling? How to Grill the Perfect Steak