Ferry Sinking Off South Korea With 100’s on Board

World News – A rescue mission was underway after a South Korean passenger ship carrying about 470 people sent a distress call off the southern coast, and local media reports said the ferry was listing badly and on the verge of sinking. 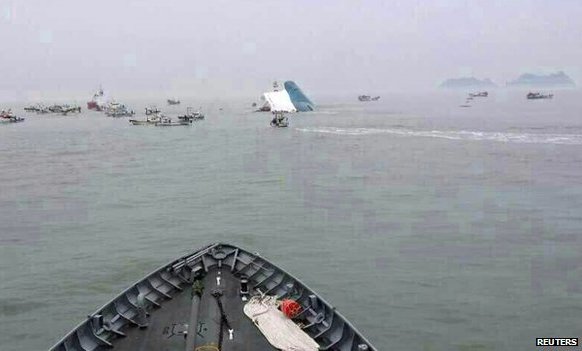 A South Korean passenger ship lists off Jindo, South Korea, on April 16, 2014. A passenger ferry carrying about 470 people was listing badly off South Korea’s southwest coast and had sent a distress signal, a Korean coast guard official said on Wednesday, and a rescue mission was underway.

The Busan Regional Maritime Affairs & Port Administration said in a statement that the ferry was sailing to the southern island of Jeju when it sent a distress call Wednesday morning local time, Reuters reported.

“The ship is taking in water and sinking,” a South Korean coast guard spokesman told the AFP news agency by phone.

There were not immediate reports of fatalities.

Julie Yoo of NBC News and Reuters contributed to this report.

Restoring the Architecture of Costa Rica