World News – This woman really likes jewelry, but she has no desire to pay for it. 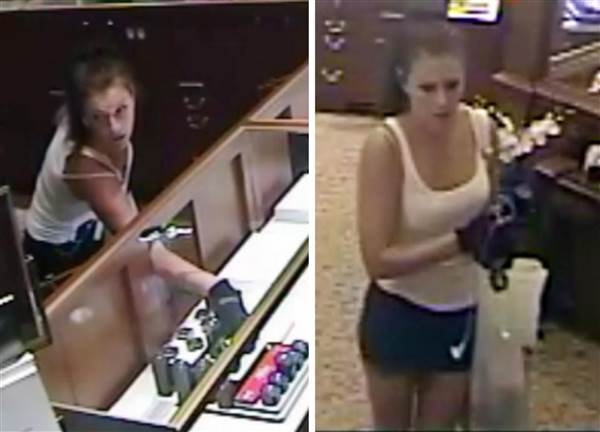 The FBI is hunting for a young woman who has been hopscotching across the South, sticking up jewelry stores in at least five states.

The brunette suspect — described as white, in her 20s or 30s, 5-foot-8 and 130 pounds — is believed to have knocked over six stores in Florida, Georgia, South Carolina, Tennessee, and North Carolina since April.

The most recent heist was Monday at a Jared Vault in Mebane, North Carolina, the FBI said. She forced two workers into a back room at gunpoint, zip-tied their hands and then piled jewelry from the cases into a shopping bag.

A male suspect — black, in his 30s or 40s, 6 feet and 250 pounds — was caught on surveillance cameras in three of the robberies.

“Both suspects are considered armed and dangerous,” the FBI said.

by TRACY CONNOR, From NBCNews.com