Bruce Farrington, the owner of this home, feels negative energy. Bruce also has heard disembodied voices. Bruce definitely knows that there are spirits in his home and he wants HPI to investigate. Before I went on this investigation, I received a call from Champaign, Illinois. The caller calls herself Della Moulin. I am not sure if this is her real name or an alias. The reason why she called the paranormal hotline is the fact that her pink Cadillac is haunted. She says that the former owner got into an accident and died from a broken neck. The former owner now haunts the Cadillac.

Some of the experiences that she has is that the music will play on a certain country station and it’s a station she has no desire of listening to. When she is holding onto the steering wheel, she can at times feel hands on top of her hands. The Cadillac engine has turned over on its own. I told Della how to bless her car and send the entity to the light. She is following my advice. This call also reminded me that I once met Clint Eastwood in Sacramento as he was filming the movie Pink Cadillac. I went up to Clint and shook his hand. Yes, the man is tall.  There was one other time, I saw Hollywood filming a big budget movie in Sacramento.  I was on the K Street Mall and Brooke Shields was there filming a movie called “Gone, But Not Forgotten.”  But enough of that, let’s get back to the investigation…… 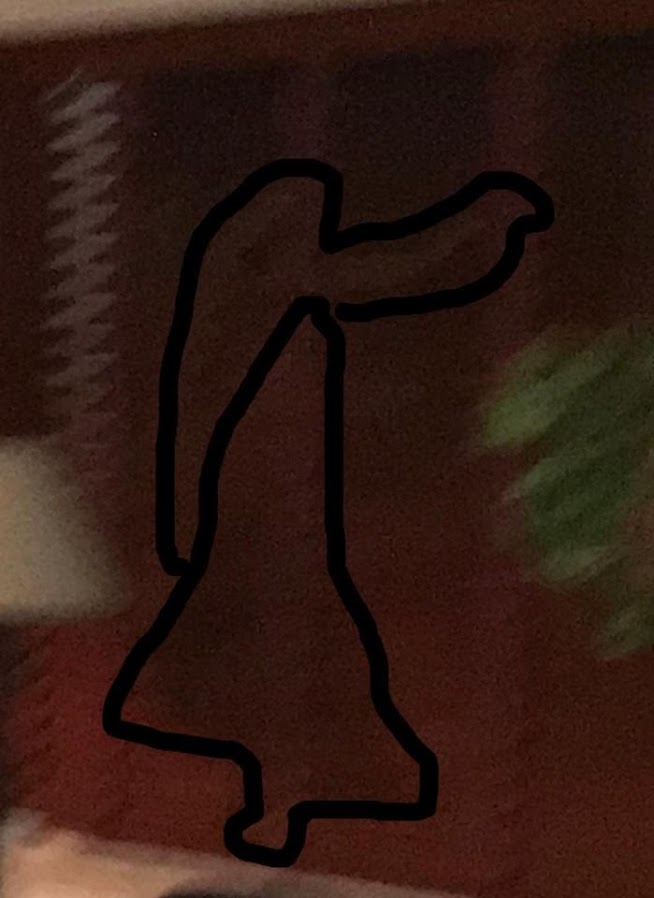 SOME HISTORY AND ACTIVITY AT THIS HOME:
Bruce bought the house in 2005.  In 1997, Bruce attended an event ran by a psychic at the Sacramento City Cemetery on Broadway and the psychic came across a little Indian girl ghost.  Bruce was able to feel the outline of the little girl ghost.  When Bruce was driving home, the little Indian girl ghost was in his car and to this day, he believes this ghost is haunting his home.  In fact Bruce saw this little ghost at the corner wall of his living room.  GHOST IDENTIFIED: Little Indian Girl.

Bruce believes his house is also haunted by Ginger – his beloved dog and Tigger his cat.  Other ghosts are The Old Man that once owned this house and his Monster Stepfather.  The Monster Stepfather may be attached to his parlor stove and dry sink.  The Monster Stepfather brings negative energy into Bruce’s home and he wants it out of his home.  Voices have been heard in the house, the feeling of being watched and negative thickness in the air has all been felt in this home.  Deanna, who is a sensitive picked up on Tigger the cat.  Deanna saw a black and gray cat, that seemed to have smoke all around it, or looked like it was coming out of smoke, it had a wispy type of movement.  Tigger was looking out the door and rubbed against Deanna’s leg twice, as if it wanted to go out the door.  Bruce showed Deanna a picture of Tigger and it matched Deanna’s description.  Tigger is a tabby cat.

Deanna also captured in the backyard on what looks like a darting orb.  When Deanna was drawn to the kitchen sink, she took a picture of her reflection. Behind her reflection is a strange and odd face.  Could this be an investigator or something else?  When Xandean brought the investigators together in a circle, holding hands, the Indian girl kept showing Deanna a black feather.  Deanna could see the Indian girl in her mind.  When we got home, we Googled black feather and its meaning and it meant that the person seeing a black feather has true mystical wisdom, it also means being protected by someone that loved him.  Another site says that the black feather is a sign of protection.

EVIDENCE CAPTURED:
When Deanna asked the entity, “are you here to protect him?”  We captured an CLASS A EVP that says: “To Protect!”  When I asked the entity if he wants to talk to us, a male voice says: “No”.