Fantasy Sports (FanDuel & DraftKings); Get License or Get Out of Nevada

World News – Daily fantasy sports sites have been dealt a setback with Nevada regulators ordering them out of the state unless they get a gambling license — a decision that’s likely to be closely watched by other states that allow gambling. 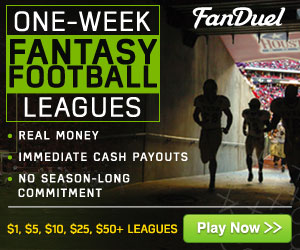 DraftKings and FanDuel — sites that have insisted they aren’t gambling and have promised to make millionaires out of sports fans — both pulled out of Nevada by Thursday evening.

That day’s decision from the Nevada Gaming Control Board allows for daily fantasy sports in the state as long as the operator has or gets a gambling license. No one operating a daily fantasy site has one.

“If you’re licensed in Nevada, you’re good to go,” said A.G. Burnett, chief of the state’s Gaming Control Board. That includes traditional sports books where gamblers generally wager on the outcome of a given game.

The decision comes amid growing backlash by regulators and investigators, including New York’s attorney general, after it was revealed employees often played on competing sites, raising questions about possible insider information being used to win.

Nevada regulators govern the country’s main gambling hub in Las Vegas, and their actions could hold sway with regulators elsewhere.

“We understand that the gaming industry is important to Nevada and, for that reason, they are taking this exclusionary approach against the increasingly popular fantasy sports industry,” the statement said. It mentions the company had thousands of customers in Nevada but didn’t provide an exact amount.