Interesting News – Well we all have heard of the sewing of McDonald’s over the cot coffee in the lap. Well we all now get to follow the case of the hot bench burning the butt of a Dallas Cowboys fan.  It’s a case of a woman with burned buttocks, literally! A Dallas Cowboys fan is suing the organization and owner Jerry Jones over burns she says she received because of their negligence. 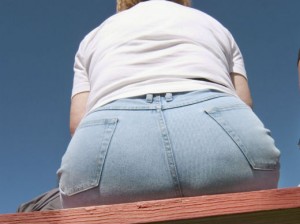 Jennelle Carrillo, of Cleburne, received severe burns to her backside after allegedly sitting on a bench outside Cowboys Stadium.

“She sat down on this black bench, outside an entrance and unfortunately she suffered third-degree burns as a result of it and had subsequent skin grafts,” explained Carrillo’s lawyer, Michael Wash.

The incident occurred in August of 2010, when Carrillo attended the Blue & Silver scrimmage football game. Temperatures on the day of the game were reportedly more than 100 degrees.

Wash said his client didn’t stay for the game. “She knew, while she was there at the stadium, that she had received some burns. But she didn’t realize how serious they were until she received medical attention.”

After seeking that medical attention Wash said Carrillo was “hospitalized for about a week [and] had some very serious injuries.”

Part of the lawsuit, filed in Tarrant County civil court, states specifically, “The bench was uncovered and openly exposed to the extremely hot August sun. The combination of the nature of the black, marble bench and hot sunlight caused the bench to become extremely hot and unreasonable dangerous.”

The suit goes on to state that the stadium didn’t warn Carrillo or others about hot bench dangers and that there were no signs posted warning that the bench was hot.

Wash said his client suffered mental anguish, physical pain and disfigurement as a result of her wounds.

Carrillo isn’t seeking a specific amount from those named in the lawsuit, but is suing to get a jury trial and payment of court fees, interest and a damage amount determined by said jury.

The Dallas Cowboys are staying mum on the issue, as their policy is not to comment about ongoing litigation.

Costa Ricans Think Reading is Important But Do It Very Little