World News – Eleven out of 12 fake applications for government-subsidized health insurance got through a verification process and the bogus beneficiaries are still covered, the Government Accountability Office said Tuesday. 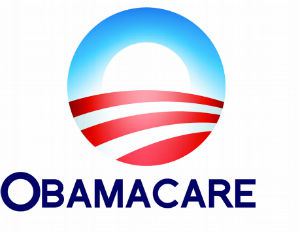 The GAO launched the sting to check to see how well the Obamacare process checks for counterfeit applications. The results were messy, GAO’s Seto Bagdoyan says in testimony prepared for a hearing Wednesday of the House Ways and Means oversight subcommittee.

“The federal marketplace approved coverage for 11 of our 12 fictitious applicants who initially applied online, or by telephone,” Bagdoyan, who directs GAO’s Forensic Audits and Investigative Service, said in testimony obtained by NBC News.

The GAO operatives made up 18 applications -– 12 applied online or by telephone, and six started out looking for in-person help. All were completely false, with fake incomes and counterfeit documentation.

Only one of the group of 12 was correctly told he or she could not apply. “For one application, the marketplace denied coverage because GAO’s fictitious applicant did not provide a Social Security number as part of the test,” Bagdoyan said.

The other 11 got through and received federal subsidies to help pay for their health insurance.

“The total amount of these credits for the 11 approved applications is about $2,500 monthly or about $30,000 annually. We also obtained cost-sharing reduction subsidies, according to marketplace representatives, in at least nine of the 11 cases,” Bagdoyan said.

After encountering all sorts of trouble getting in-person help, six more fake applicants were turned away.

“We are seeing a trend with Obamacare information systems: under every rock, there is incompetence, waste and the potential for fraud,” committee Chairman Dave Camp, a Michigan Republican, told NBC News. “Last month, we found that the administration was unable to verify income or eligibility for insurance subsidies. Now, we learn that in many cases, the exchange is unable to screen out fake identities or documents.”

People are sworn to tell the truth in their applications, on pain of perjury. The Internal Revenue Service has the power to claw back any subsidies that were improperly paid, by taking the money out of next year’s tax refund, if there is one.

A spokesman for the Health and Human Services Department said the process for verifying claims made in applications was still ongoing. “As the GAO notes in its interim report, the steps we take to ensure that individuals and families get the premium support and coverage they deserve, and that no one receives a benefit they shouldn’t, are ongoing and have not concluded,” spokesman Kevin Griffis said.

“While the marketplace has several layers of safeguards in place to verify consumer data, including requiring consumers to submit accurate information to qualify for health coverage, we are examining this report carefully and will work with GAO to identify additional strategies to strengthen our verification processes.”

It’s been a bad week for Obamacare. A federal appeals court ruled Tuesday that the federal premium subsidies are illegal, although a different appeals court said they were fine in a separate case.

Republicans say they’d redouble efforts to get rid of the law, although many experts say they will be hard-pressed to do so this late in the process.

“Obamacare is a mess. Its broken structure invites waste, fraud, and abuse that will cost the American taxpayer millions in subsidies to individuals whose eligibility the administration won’t bother to verify,” Rep. Charles Boustany, a Louisiana Republican who chairs the oversight subcommittee, said in a statement. 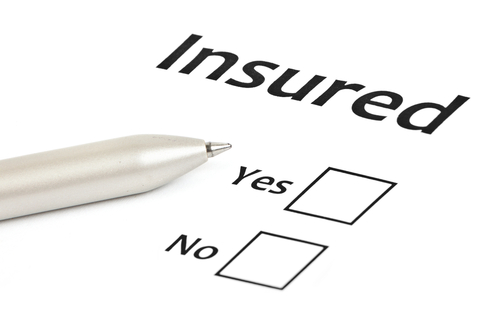 programs that aren’t doing the job they’re intended to. We can and must do better.”

The 2010 Affordable Care Act aims to get more Americans covered by health insurance, and seeks to improve the quality of the insurance.

To help people pay for the insurance, the law, known widely as Obamacare, provides for federal subsidies for certain people who want to buy insurance providing modest coverage. The federal government foots the whole bill.

The Congressional Budget Office estimates the federal government will have to shell out $36 billion for all coverage provisions for fiscal year 2014 and another $1.4 trillion for fiscal years 2015–2024.

People get their premiums subsidized via tax credits toward their federal income taxes. “These advance premium tax credits and cost-sharing reductions are not paid directly to enrolled consumers; instead, the federal government pays them to issuers on consumers’ behalf,” Bagdoyan said.

It’s complicated to try to calculate someone’s income, their tax liability and verify citizenship –- illegal residents can’t buy insurance on the exchanges. It’s one of the reasons the federal exchange crashed when it rolled out in October, as did several state exchanges. It is working better now. But the GAO team found holes in the verification process.

“The marketplace asked two of three applicants with inactive Social Security numbers to submit proof of citizenship, identity, and income, but it asked a third only for income information,” Bagdoyan said.

“For each of our six online applications that were among the total group of 12, we failed to clear an identity checking step,” he added. “However, we subsequently were able to obtain coverage for all six of these applications begun online by completing them by phone.” As of July 17, two of the fake applicants were told their citizenship had been verified.

“Regardless of the status of any post-approval communications, our coverage remains in effect for all 11 approved applications,” he said.

GAO said about inconsistencies had been identified in 3.5 million applications for health insurance through the exchanges.