Face to Face in Concert in Costa Rica December 16th

Costa Rica News – For all of you punk rock fanatics, you will get to enjoy the twilight tour of Face To Face n American pop punk band from Victorville, California formed in 1991 by frontman Trever Keith. Originally known as “Zero Tolerance”, Keith had been the only constant member of the band during their years of touring and recording albums. 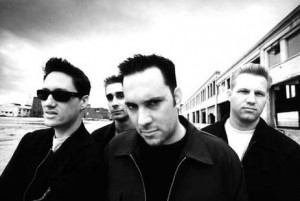 The popular Californian group will perform on Sunday December 16th at the Pepper Club, announced this morning the producer Destiny Recordings.

The coming of Face to Face was a surprise, as this is more of a replacement. This is the same date that had been announced another large American punk band, Pennywise. However, their concert was canceled.

The Face to Face concert is scheduled for 2 pm and will feature guest bands Prevenge, Canada, and the National UFO.

For those who already had the entry of Pennywise, the same ticket is valid to see Face to Face.

Living in Costa Rica Storires: The Multiple Supermarket Check Out

“Breaking Dawn – Part 2” Reviews: Is This the Best “Twilight” Ever?