Extraterrestrials in a World of Magic

As a child I witnessed a phenomenon. Across from a field of four leaf clovers I was standing beneath a sky by a tall pine tree. I felt a presence strong above me. I quickly looked into the sky and saw it open up like an invisible hand had plucked open a hole in the atmosphere. Then, I saw a giant blue eye ball appear. The eyeball was hovering above the ground it was massive. It was the size of a large skyscraper. It appeared towards the top of the pine tree. It rolled its eye back into itself and it sounded like boulders rolling down a mountain. It was a massive noise. In an instant it was gone, it disappeared quickly into the sky and as soon as it left the sky appeared normal again.

The ancient Egyptians are very concerned with the eye. This eyeball is described as the eye of Ra or the eye of Horus. Ra is the God of the sun, his female counterpart is symbolized by the eye and Horus the Egyptian god of the sky.

My experience has haunted me throughout my whole life. I have always wondered if it was magical. At the time it looked like the eyeball of a giant. Now that I understand the physicality of U.F.O’s it seems like a more sensible explanation. Yet, aliens and magic are interconnected in the sense that they are radiating energies that are unknown and manifest through the spiritual and physical realms. What exactly do aliens and magic have in common?

Navajo Mythology
Navajo believe that the first man and the first woman were previously born from three other worlds. They believed this because man and woman argued too much and they believe Earth is the fourth planet that they were born to. Well, what other planets were there?

The myth goes on to describe the four gods that placed these beings on the Earth. One called White Body was the god of Earth, one called Blue Body named The Sprinkler, one called Yellow Body who remains unnamed and one called Black Body the god of fire.

The Navajo were also visited by eight gods called the Mirage People who instructed the first man and woman how to reproduce on the Earth.

Astral Travels
Extraterrestrials are beings that can transcend other dimensions. In our world currently this can be done with the use of magic such as astral projection.

Astral projection is about letting your soul travel out of your body through space and time. When you astral project you are capable of defying all of nature’s physical laws and you can go places where you could not go in physical form so easily such 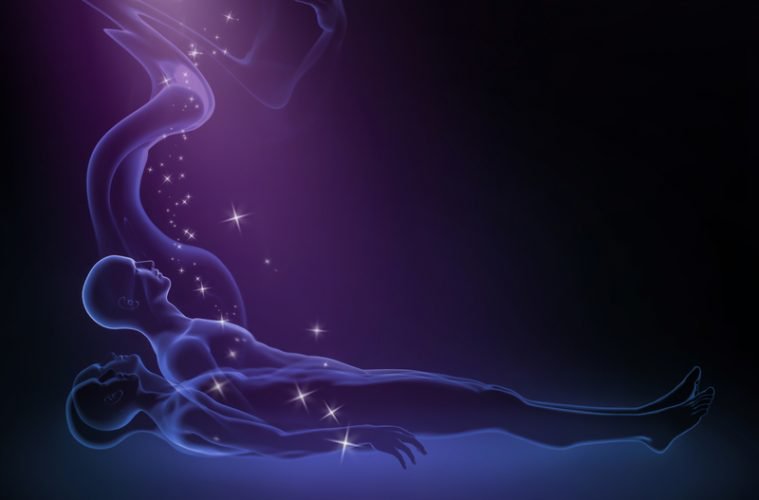 as underwater, through space or through other dimensions in an instant.

Those that astral project typically share the same experiences which can be compared to those with abduction stories.

Astral Projection is about traveling through space, time and through mystical realms. All beyond the physical world is void less of time and laws of nature. Once you leave your physical reality past, present and the future all become one. Abduction experiencers commonly feel like they lose time and fake memories are implanted into the brain. I believe that by meditation and the study of ancient magical arts we can form new ways to defend our mind and spirit so that we can come to a level of clear consciousness no matter what the circumstances. Typically out of body experiencers wake up suddenly and realize that time has lapsed in a different way than normal much the same as abductees.

Natural born astral projectors often wake in their sleep afraid because they are not aware what they are doing. Practice and meditation can help you overcome the fear. We can also compare to this many abduction stories where people go to bed at night and wake up the next morning wondering what has happened? Suddenly we are traveling interdimensionally throughout the universe. Education will calm fears and so also does meditation.

Auras
An aura is the energy around your body that radiates from you. It can be seen as different colors that are symbolic of the type of person that you are, your spiritual purpose and also your intentions.
Extraterrestrials are often described as being attracted to energy. An aura is definitely an energy source. Could they be attracted to persons with certain auras or could they sense them at all? Ancient magic has created the idea of the aura and it is to this day a very powerful new age tool to self-discovery.

You are not limited to the rules of nature. You are also capable of transcending time and space to empower yourself. Ancient people have left behind powerful mystic secrets that can shape the future for the new age that is surrounded in alien mythologies and science.

Why Does Costa Rica Not Have Better Roads?