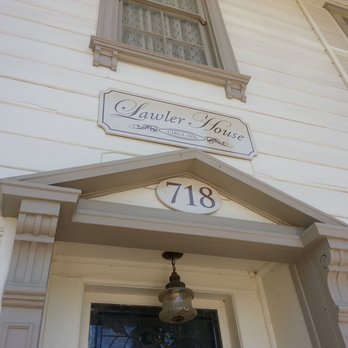 Napa Spirit Chasers (N.S.C.) (a now defunct group) says that the main ghost is Victoria. Victoria died at the age of 7 in 1923. She had polio. Her legs were deformed and it seems like she has an attraction to the Lawler Art Gallery. Is she attracted to the Jester sculpture that also has bent legs that are prepared for dancing? NSC says that they obtained an EVP of a young girl that said: “stay with me”.

According to Wikipedia: “Suisun City was established in the 1850s. Its location made it ideal for commerce and transportation during the California Gold Rush.

In 1868—1869, the First Transcontinental Railroad connected to downtown Suisun City via the California Pacific Railroad, expanding the region’s reach across the United States.

In the 1960s and 1970s, Suisun City experienced rapid growth as the San Francisco Bay Area’s suburban ring expanded to the formerly rural Solano County. Also in the 1960s, Interstate 80 was constructed two miles (3 km) outside the city, effectively moving commercial traffic away from railways and water conveyance.

In the 1970s and 1980s, Suisun City was the center of low income and welfare assisted families. This population mostly from the Bay Area brought the large gangs and crime. Suisun City was known as the drug capital of Solano County. The streets from Mulberry Street to Florida Street were heavy drug traffic sections run by gangs and a few long-time families. Crime was at an all-time high in the early 1980s. Shootings were a daily event and deaths were common. By 1986 the city government had realized that something had to be done. Buying the apartment tenements in this section of the city was the only way to clean out the crime. Once the land was owned and the residents relocated outside the city the blocks of apartments were razed and the land was put up for sale to developers. The city streets were renamed and this part of the city’s past was put to bed.

I have lived in Suisun City for over seven years. My daughter used to see a little girl in the house all the time. She also freaked out one day when she and her baby sister were playing in the back yard on the swing set when she saw a hooded young man walk right through the back fence. She said he walked along the side of the fence toward her and her sister. She began to scream, grabbed her sister, and ran into the house. I thought she had seen a black widow spider or something. My husband saw an older man walk through the fence into the neighbor’s yard.

One Halloween night we decided to take pictures in the house to see if we could catch some orbs. We did not have a clue when we started. 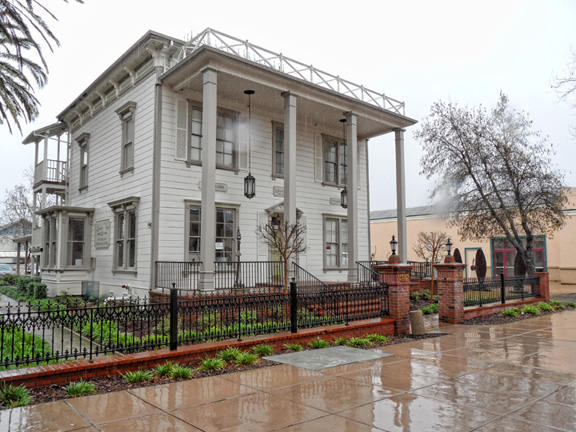 There was one that looked like a demon with horns. Another looked like an Indian in a wolf head dress, there was another that looked like a skull. I started taking pictures almost every night and some videos too. There was so much documented evidence that I could no longer ignore that something was definitely going on. I asked a physic medium friend what to do, and she told me to bless the house. After doing that I have not seen much activity, but my family and I have experienced migraines and other chronic problems. I am wondering if it is the house or the land that we live in. I still get huge orbs in the garage but not much in the house.

The Wednesday Club has a vintage haunting along with an odd vibe with it. I’ve seen visions of women coming together for small banquets and such. That’s no surprise since it used to be a club that was for ONLY women. I’ve felt a few cold spots, especially near the stage and dressing/powder room.

BACK TO THE NSC

Back to the NSC. According to NSC, Suisun City in the 1800s was a hustling roughneck town. One of their psychics saw a ghostly desperado that identified himself to her. He called himself Lasso Larry, because he was good at a bullwhip and with a rope (lasso). Lasso Larry died unexpectantly at a card game. His shooter accused him of cheating. Lasso Larry according to the psychic was a talker that wanted his story told. Lasso Larry bragged that he once used his bullwhip to disarm a stagecoach robber, but he was never credited for it. This happened at Suisun City. NSC’s psychic picked up on ghostly prostitutes with names like Sweet Marie, Chassy and Kissy Lips. With the history of Suisun City, there were many prostitutes that walked Main Street right after World War II. When HPI and Soulseekers arrives to Suisun City on December 19, 2015 Saturday from 2:30pm to 5pm, I would like to get proof of these entities via EVPs or even photographic images, I would like to prove that these entities exist.