Experience Is the Enemy

Below my feet, after days of heavy rain, the little creek on the periphery of town is like a gray-green animal surging ferociously and relentlessly forward. Above my head, as the wind blows hard from the east, a great wall of dark clouds hangs like the curtain of God over the western sky.

The scene is at once ominous and astoundingly beautiful in the dwindling open space between the city and the foothills. But you can still see for miles to the south, and it feels as if the entire earth is here.

The cloudmass moves over the flat plain, briefly opening patches of brilliant sunshine before again threatening a storm. Except for a few sprinkles however, the rain holds off.

I sit awestruck for nearly an hour and half. The self is swept away like the mote of insignificance it actually is.

As the meditative state deepens, a question seizes the mind and heart: Why is the earth so immensely beautiful and yet we humans are so small, especially since we have the capacity for communion with the numinous?

Thought is the generator of darkness. There is no darkness in the universe except what the mind of man and creatures like man make, wherever thought dominates minds, hearts and brains.

Are there only two movements—that of darkness, which is what the world has always been and human consciousness has increasingly become; and its negation in meditation in the individual, allowing the rare person to commune with the sacred imbuing all things except man? (Commune briefly if one is semi-illumined, or continuously if fully illumined.)

Or is there a third movement, that of the work of transmutation and psychological revolution, which is as old as humankind itself? In short, does humanity, and potentially intelligent life anywhere in the universe, matter to the cosmic mind?

Hard core atheists believe that there is nothing but random activity, and that this is just one of an infinite number of ‘parallel universes’ in which every possible combination of energy and matter exist. That’s our scientific age’s equivalent of decaying medieval theology, upholding to the last the defunct hierarchy of the Roman Catholic Church.

Living in terms of idea rather than insight, so-called realists pit themselves against idealists, pontificating about people “whose idealism rarely seems dented, and only occasionally informed, by experience.”

Contented to speak half-truths in support of power and the status quo from their teetering perches, one wonders, who or what they are actually attacking?

Experience has taught us little or nothing. The chances of a nuclear war increase by the week, while hundreds of thousands 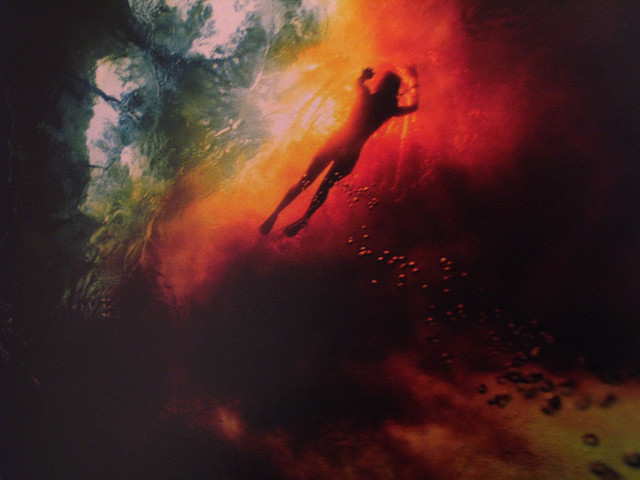 of young people march in the streets because American culture and polity don’t have the common sense to get rid of assault rifles. This is what passes for idealism in young people.

Idealism and realism are two sides of the same coin anyway. The real question is the place of experience in human life. Is experience merely the rotten foundation on which ‘realists’ smugly believe they firmly stand?

The value and validity of experience goes unquestioned. We are conditioned to believe that with experience comes wisdom, but that’s false. Experience is part of conditioning, and insight and compassion flow from a completely different source.

Sober commentators in North America speak of “a broad global crisis from which apparently there is no escape.” Though I’m certainly no optimist, this is a defeatist attitude.

Is it precisely because the dominant economic and political ideology in America and beyond is a “repository of loathing and despair” that a psychological revolution is more possible than ever before? Is that which is eminently necessary imminently possible?

So what would a psychological revolution look like, and how can one contribute to it? It certainly won’t include marches in the streets, the sad holdover of the mass movements of my youth, which didn’t end the Vietnam War a month earlier than it otherwise would have ended.

Since it hasn’t occurred before, at least on a global scale, a psychological revolution wouldn’t be something that will fit into comfortable categories of recognition.

Even so, every decent person, with at least a ventricle still pumping in his or her heart, knows it has to occur if “the poor doll humanity” is to change course. If not now, when?

Nicaragua Claims To Be Safer Than Costa Rica