Everything Happens For a Reason?

Talked with a woman recently who had major surgery for a large but thankfully benign cyst. The mass was in a very delicate area, and three surgeons wouldn’t even perform the operation. The doctor that did was young, overconfident and botched the job. 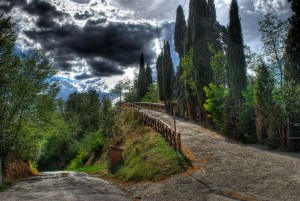 The woman has been suffering a lot of post-surgery swelling and excruciating pain. When she went back to the doctor who performed the surgery, he became quite defensive and short with her. A career nurse in her early 60’s, she could see what was going on with the doctor, but didn’t call him on either the surgery or his defensiveness.

Instead, she went to another specialist in town, who, uncharacteristically of doctors in this country and most others probably, told her flat out that the surgeon had botched the job, and explained in graphic detail exactly what was going on in her body.

“I felt like I’d been punched in the gut,” she said of the second doctor’s blunt honesty, “but was glad he gave it to me straight.”

Then came the pivotal line, which perplexed and saddened me beyond her ordeal. One hears it often: “Everything happens for a reason,” she said, “and this happened to force me into a change I wouldn’t otherwise make.”

There may be some truth to that, but the idea that ‘everything happens for a reason’ can and often is a clever way of avoiding the truth. Why is human nature such that we often need to find a deeper metaphysical meaning for a lesser painful reality?

The reflexive idea that ‘everything happens for a reason’ prevents us from learning from mistakes, because such an attitude doesn’t admit mistakes up front—especially our own but even someone else’s.

In this view, everything that happens occurs on an ascending ladder of purpose and meaning, rather than a descending spiral of error and meaninglessness as is often the case.

That doesn’t mean we can’t learn from error—on the contrary. Just that we have to see error as error in the first place, and not wrap everything in cotton balls of higher purpose and meaning.

Even for a person who readily admits mistakes (first and last to himself or herself) the ‘everything happens for a reason’ rationale doesn’t apply. It could be that one is simply on the wrong track, and life is knocking you down because you’re going off the rails.

Of course, society often rewards people with wealth and fame who are deeply on the wrong track, thereby convincing them they must be right, while smacking down people who go against its supposed virtues. But given the depth and degree of social breakdown in the West, and especially in the cultural engine of the global society, America, no one really believes in virtue anymore, whether secular or religious.

In any case, it’s very hard to tell whether one is on the right track and bad things are happening to test or strengthen 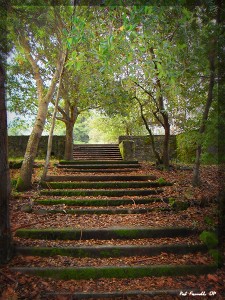 you; or you’re on the wrong track, and simply rationalizing it.

The difference may be between maintaining an attitude of doubt, and allowing doubts to creep in. Doubt is essential, a purifier as well as the compass needle in life. Doubts are another matter. They are personal and paralytic.

The ultimate question of meaning and purpose is humankind itself. Whether, despite man’s increasing destructiveness, there is some greater meaning to our evolution, or whether the evolution of Homo sap is just a random event against a meaningless background of chaos and chance, as most people consciously or subconsciously now believe.

This question cannot be answered definitively in the affirmative or negative, and it is, beyond religious belief, where the question of faith comes in. But even if something larger is going on with human beings on this stage and at this stage of evolution on the earth, believing everything happens for a reason is a mistake.

But so is the narrative behind statements such as this, by Michael Nichols, a man who has gotten to know African elephants as well as anyone: “Elephants are the most caring and sentient creatures on earth, yet they suffer so horribly at the hand of man.”  Has misanthropy really reached such a degree that we would efface our own sentience rather than question the contradiction?

In the last stages of a climb without oxygen of a very high mountain, one loses all sense of direction, even up or down. It is a moment of great peril. One’s drive to reach the top can outstrip the body’s capacity to attain it. Death comes near, and doubts set in.

It’s at such moments that you deeply wonder whether you’ve taken a wrong turn. But even as you look for an alternate route down the slope, you plod on and see the climb through, risking even death.

You can’t ever know for certain whether you’re on the right track. Most people are ready to throw in the towel at the first sign of trouble. Some people stay in situations they know aren’t right because they believe they’re in it for a reason. Both attitudes are misguided.

Behind quitting at the first sign of trouble is the idea that there is something better out there waiting for you, and all you have to do is find it. Behind staying the course no matter what is the idea that some higher power is guiding your life, and that everything is happening for a purpose.

In short, everything does happen for a reason–it just may not be a good one. Those are the horns of the dilemma, or is it the tusks?

Who is Going to the Cat Video Festival? (Video)