Surfing News – The huge events surrounding the Super Bowl, as well as the resources needed to accommodate the big game, will leave the Titans of Mavericks Surf contest on the sidelines this week. 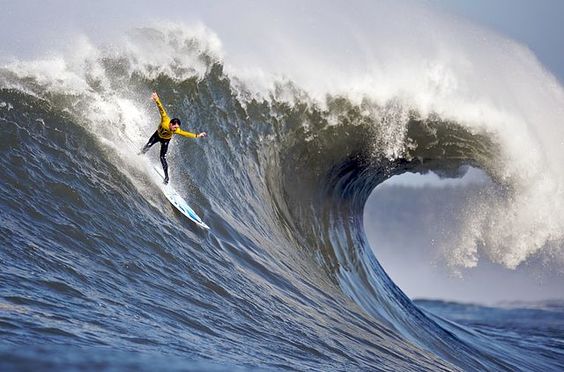 The Pillar Point Harbor patrol continues to monitor the El Niño-powered waves pounding the Mavericks surf area in Half Moon Bay. Deputy Harbormaster Cary Smith says the 20-foot waves with 40-foot faces would be ideal for the contest.

But Thursday is the first day of a “blackout” period for the Mavericks contest because so many agencies needed for the contest are tied up with the Super Bowl.

“I know it might seem like bad timing,” Smith told NBC Bay Area, “but we’re hoping the Super Bowl will bring us luck and maybe super waves so the contest can be held.”

The Mavericks surf contest is an invitation-only event in which the world’s top surfers are notified about 48 hours in advance that conditions are right. The contest is not held if the timing doesn’t work out.

Smith says this year reminds him of another when the waves finally hit the right size – but on Thanksgiving, and right before Christmas, both holiday blackout periods.

“We’ll be ready today as we always are,” Smith said. “The waves will bring out a lot of surfers. It will probably be like a showcase for the top surfers. It just won’t be the Mavericks contest.”