In 2010 Costa Rica was ranked third in Yale University’s Environmental Performance Index which measures how well a government comes to achieving established environmental policy goals. Only Iceland and Switzerland outperformed Costa Rica. It probably comes as no surprise the US was ranked 61st and the UK 14th. 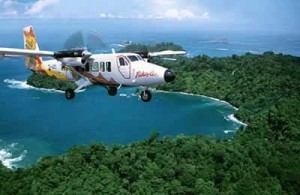 At a national level the reputation is impressive, with achievements like increased  reforestation, geothermal energy production and new wind farms like the one in Santa Ana which is supplying 5000 homes with green electricity. The Costa Rican airline Nature Air boasts itself as the world’s first carbon neutral airline, offsetting the carbon emissions of its planes with compensatory tree planting.

Tourism, the biggest money earner for Costa Rica, is a driving economic force behind the desire to achieve  environmental goals that other countries can only aspire to. A green reputation brings the tourists and their dollars. Yet for all the hyperbole, at the local level, Costa Rica has some way to go before green policies match those in the US and UK.

My beef is with the lack of coherent recycling programmes that encourage community responsibility. In the US and UK many supermarkets have recycling points where consumers return those materials found in supermarket products: plastic, glass, paper, cardboard, aluminum and so on. Very little of this is seen in Costa Rica (Walmart seems to be an exception) and I have yet to find anywhere that recycles glass or steel cans. My local Municipalidad claims to collect kerb-side recyclables every 15 days (minus glass of course), information which is not easy to obtain and certainly not widely advertised or promoted.

In the UK local councils have been providing domestic recycle bins for years with clear instructions on sorting and separating items (aided by recycling information printed on packaging). Public refuse stations exist where people can bring their materials- everything from garden waste to old cookers, clothes, used car oil and clear, green or brown glass bottles. Certain charities use collecting stations to make money from re-usable materials costing the tax payer nothing. 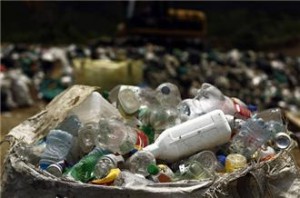 Replacing plastic shopping bags with reusable cloth ones has also been a slow process and an initiative of some supermarkets rather than the government. Costa Rica should take a leaf out of the Irish government’s success in tackling the issue and raise a levy on plastic bags which can be used to reduce waste and find alternative ways to minimize our dependence on plastic. In Ireland the introduction of the levy reduced plastic bag litter by 95%. Plastic bags are a serious nuisance; not only do they look ugly and cause a choking hazard for wildlife, but they clog up drains and waterways leading to localized flooding.

If Costa Rica is to reach that number one position then a lot more needs to be done at the local level through public recycling stations and improved education. Hopefully, seeing drivers casually toss litter out of the car window will become a thing of the past.

TRANSLATION : The world is in huge trouble !
Remember. Don’t flush the toilet paper. We wouldn’t want these “voters” to see it hanging all over the waterways.Remember ! If they ask about the cans in the bathroom, tell them the septic tanks don’t work correctly. Yup. LIE ! Embrace the “culture” !