Every week now it seems, astronomers are making a new mind-blowing discovery or observation. Black holes tearing apart stars that come too close; galaxies flickering on just after the “Dark Age” of the universe following the Big Bang; unseen “dark energy” propelling the universe’s expansion. This, astronomer’s say, is the “golden age of cosmology.” 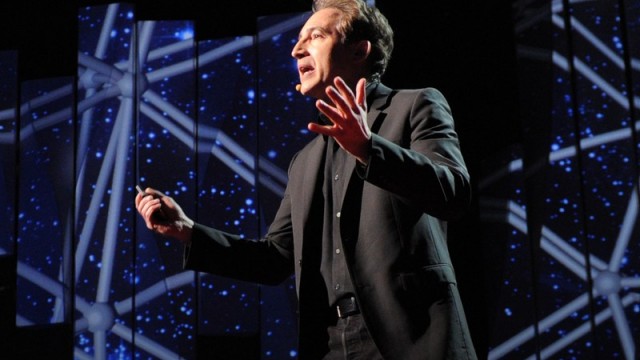 There is at least one unexplained effect that has a direct bearing on how a revolution in human consciousness may occur. Astrophysicist Brian Greene, the author of “The Elegant Universe,” describes a phenomenon in which, when one distinct object is touched, it instantaneously affects another distant object having no connection to it. This process is not only faster than the speed of light; it transcends space-time as we understand it.

Scientists have given this phenomenon the misnomer “entanglement,” which is an odd way of saying that it “makes things that appear to be distinct part of the same whole,” as Greene put it. If that principle applies to material objects in the known universe, could it apply to the supposedly separate consciousnesses of individuals living in the same global society?

“We may naively think things are distinct,” Greene says. That has a nice, New Age ring to it, but the implications are far more serious, and the reverberations far wider than simple naiveté. As humans, our overwhelming tendency is to separate, and see ourselves, and increasingly everything else, as separate. Psychologically, in a very different way, the phenomenon of “entanglement” actually applies to us.

No matter how many discoveries astronomers and cosmologists make, science cannot answer the question: ‘What is our place in the universe?’ That’s because it isn’t a physical question at all, and the materialist assumptions of science don’t apply.

That doesn’t mean we should look to supernatural explanations, which religions are all to eager to supply. The choice between materialist and supernatural explanations for the human conundrum is no choice at all. The right response, as I see it, is to see the limitations of science (and knowledge itself for that matter) while not falling back into the superstitions of religion. 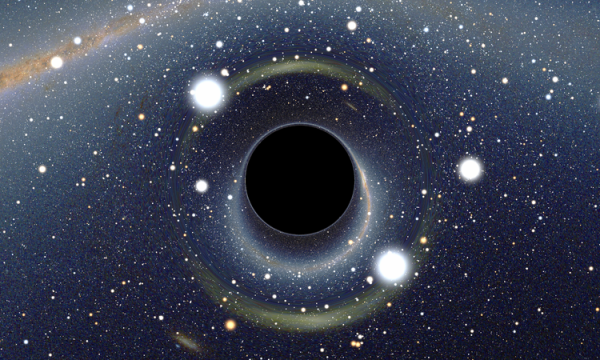 Despite the strange realities of quantum physics, the universe is still seen as a vast machine (basically, the Newtonian paradigm). That has produced the philosophical dead end of cosmic randomness and meaninglessness, with humans once again placing themselves at the center of the cosmos, just in a different way. Given a denial of intelligence without design in nature and the universe, we are left with only ‘me,’ creating ‘my own meaning and reality.’ That’s a prescription for nihilism.

So what can cosmology tell us about consciousness? The prevailing scientific view is that the universe began in chaos, but in fact only man, at least in this corner of the Milky Way, generates chaos. That raises many interesting questions. How did the order of nature give rise to the disorder of man? Is something larger going on with the evolution of consciousness?

Greene says that in terms of cosmology, “explanations are getting simpler, more elegant” even as the phenomena being observed and discovered are getting stranger and stranger. Scientists aren’t arriving at final answers, but they are coming to understand how one process relates to another. There are still huge and possibly unanswerable questions, such as, what started the Big Bang, and what was there before it occurred?

In terms of humankind, it has become fashionable to believe that brains like ours are completely random evolutionary adaptations, and/or that man is a mistake of evolution. But both views are facile.

Evolution makes mistakes, but they are self-correcting. Humans aren’t self-correcting, but becoming increasingly destructive to the planet and themselves. Besides, when one reflects on how powerful our species is, it begs the question: If one species can bring about the Sixth Extinction on a richly diverse planet like earth, what does that mean about the evolution of intelligent species in the universe?  Is the present crisis a kind of crucible for the next leap in evolution?

The space in consciousness is shrinking, just as man is shrinking the habitats of all other animals on the earth. Is the “dark matter” that thought is now exponentially producing a driving force of radical change in human consciousness? Perhaps so, but there’s no light at the end of the tunnel at this point in the human journey.

So we’re faced with the greatest riddle of all—the human species. My view is that thought-based consciousness is a stage in evolution, and that wherever thought reaches a crisis point due to its fragmentary tendencies, a profound shift to another order of consciousness may occur. That’s what happens in microcosm the individual during states of negation in meditation.

What is a “Supermoon”? (Video)