Entertainment News – Well I for one think that Emma Stone has really blossomed into a beautiful woman over the past couple of years.  However, this article is proof that if you become famous and you have skeletons in your closet, they will be exposed. 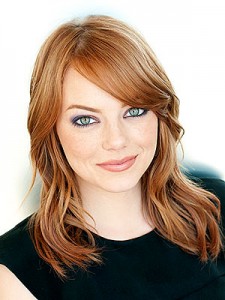 Rumor has it, Emma Stone ever recorded her sex stint. “Emma Stone has a sex tape and that’s a fact,” a source told Radar Online. “The tape remains in the hands of the person she made it with,” the source added. The name of the lucky guy, however, was not mentioned.

“She made it long before she started dating Andrew Garfield, and before she really became a household name,” the insider disclosed. “She was just young and probably thought nothing would ever come of it.”

The sex tape has not been leaked yet to public, but the source, who claimed to be Emma’s close friend, said that it “doesn’t mean there’s any guarantee that it won’t eventually hit the market. The higher Emma’s star rises, the more valuable that tape becomes.”

According to the insider, the 24-year-old actress won’t be happy if the homemade sex video goes public. “There’s no way she would organize the release of the tape; in fact, she would fight to stop it. She has no respect for women like Kim Kardashian and Paris Hilton who became famous because they released a sex tape,” said the source. The insider went on, “Emma’s really happy with her career and proud of where she is.”

Emma hasn’t commented yet on the rumor. The “Crazy, Stupid, Love.” star was first reported dating Andrew, her co-star in “The Amazing Spider-Man”, after she was spotted kissing the actor on a street in The Big Apple at the beginning of this year.