Costa Rica News – Costa Rica is still considered a third world country, so how can there be laws that drivers must provide an email address to the Road Safety Council (Cosevi)? That ridiculous rule has just been annulled, thanks to the Constitutional Court. 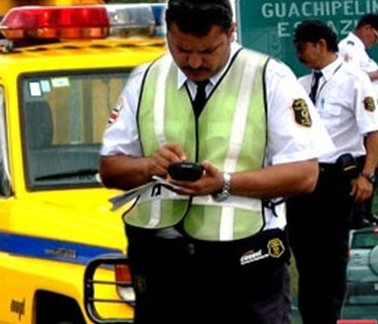 The original idea was that drivers should be obligated to provide a current email address so that they can be notified of any traffic tickets they receive. That might be convenient for some people, but not all.

The issue is that there is a huge technology gap in the country. Although some makeshift homes are completely decked out with satellite TV and 3G internet, many people outside the city and the older generations even inside the city don’t know how to use computers and/or don’t have access to them regularly.

How would those without computers know that there were offenses to take care of? Of the half million drivers that were expected to provide email addresses to Cosevi, only 125,000 people did so, even after the deadline was extended by two months.

This is what led to the decision that drivers should be able to chose how they prefer to be notified.

PS – The chance that people actually responded to emails from Cosevi is slim to none. All it would do is give the ticketed person an excuse…..”I did not get the email” or  “It went into my junk mail”.