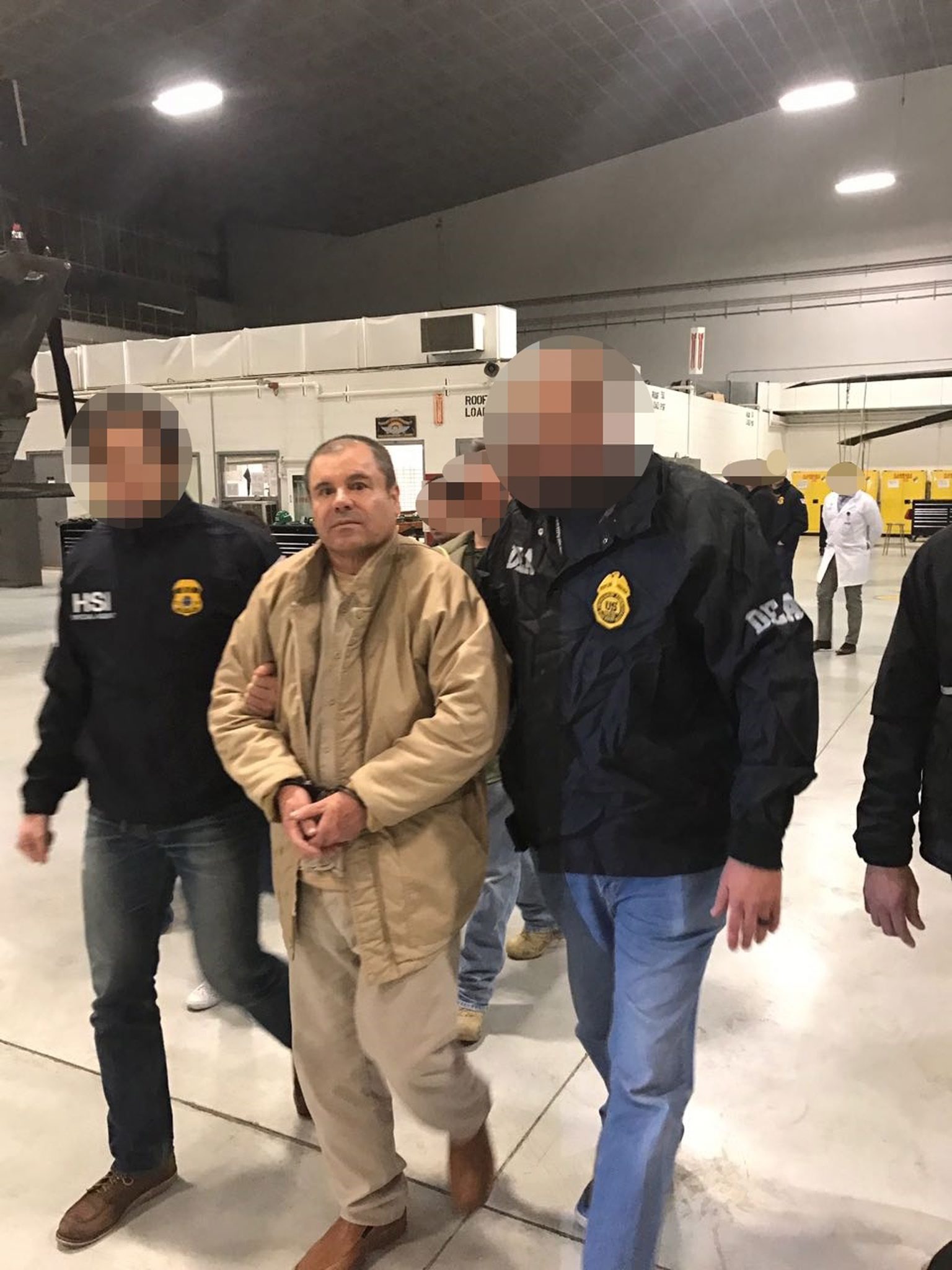 Guzman’s lawyers filed documents Sunday asking he be released from solitary confinement to join other inmates at the Metropolitan Correctional Center, a federal prison in lower Manhattan.

They also said that he should be able to contact his wife and complained about conditions in Guzman’s “small, windowless cell” where he remains “alone for 23 hours a day.”

He is permitted a single hour of solitary exercise in another cell that contains one treadmill and one stationary bicycle,” according to the documents filed to the Eastern District of New York. His legal team said that on weekends he is allowed no exercise at all.

“His meals are passed through a slot in the door; he eats alone,” the documents said. “The light is always on. With erratic air conditioning, he has often lacked enough warm clothing to avoid shivering.”

Guzman “never goes outside” and his only means of distinguishing between day and night, a clock bought from the prison commissary, “was later removed from his cell without explanation,” the documents said.

During a hearing last month, his lawyers said his custody was “too restrictive” and even claimed he had been denied water.

Guzman, 59, was extradited from Mexico to the United States in January after an epic, years-long quest to bring him to justice in America.

In a subsequent hearing he pleaded not guilty to 17 counts covering nearly a quarter-century of alleged drug trafficking as leader of the world’s largest drug cartel, based in the Mexican state of Sinoloa.

He escaped a Mexican prison in 2001 by hiding in a laundry cart, and humiliated authorities again by tunneling out of the maximum security Altiplano prison in July 2015.

The Ghosts of Billy the Kid, Jim Morrison and Napoleon

“Crime Is Increasing In Costa Rica”