Costa Rica News – Costa Rica is taking ebola more seriously than some bigger countries with more equipment. The Ministry of Health has designed a protocol for any possible ebola case. Airport officials, the Red Cross, ambulances and hospitals know the drill. 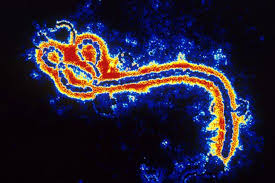 If someone presents symptoms of ebola on a flight, they are to be isolated and the pilot should report it so that the officials on the ground can prepare. The person will be detained in an isolated area of the airport and then escorted to the Hospital of Alajuela, the closest hospital (or the Childrens’ Hospital). The person riding in the ambulance with the patient will use a biosecurity suit, but the driver doesn’t need one as it is spread through contact. The ambulance cannot use air conditioning. The traffic police will help escort the ambulance to the correct hospital quickly. After leaving the patient in the hospital the whole ambulance must be disinfected with chlorine.

The Hospital of Alajuela is the one preparing for any potential ebola cases. If someone is brought to the hospital for this reason they will enter through a private entrance just for ebola checks.

The hospital has capacity of 6 beds in a gym redesigned for testing for ebola and then 3 rooms for confirmed cases. There is an initial questionnaire including information about countries the patient was recently in. There is also a test done and sent to the CDC for confirmation of if ebola is positive or negative. If one tests positive they will remain in this isolated ward of the hospital and be treated until it is no longer contagious. Should more than 3 patients be positive, they can open up a Plan B area on the 4th floor.

The hospital has taken measures to protect doctors, nurses and cleaning and security staff. They have special suits that cover the whole body and are being trained how to use them and how to remove them. Additionally, all garbage leaving the rooms will be in red bags meant for hazardous or infectious material and will be properly disposed of.

What Is Ebola in a 60 Second Video

Viagra is Good for Your Heart