Costa Rica Health News – In 2005, the Central American country of Costa Rica reported 37,798 cases of dengue fever, the most cases ever reported since the virus was first recorded in 1993–until now. The country will close 2013 with some 50,000 cases of dengue, the most in its history. 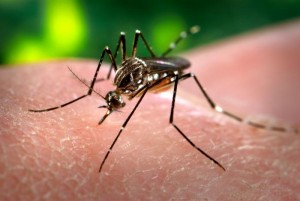 With two weeks left in 2013, the Costa Rica Health Ministry reports there has been 49,428 dengue patients. This compares with the 22,243 dengue cases registered in 2012.

Although the country set new records in the number of cases in 2013, only one fatality was reported.

According to the Ministry of Health, since the emergence of dengue in 1993, Costa Rica, a country with 4.7 million inhabitants, has accumulated 310,935 cases, of which 1,073 have been severe variety.

Dengue is a mosquito-borne, potentially fatal disease that affects between 50 and 100 million people in tropical and subtropical regions every year, causing fever and muscle and joint aches.

According to the World Health Organization, Dengue and dengue hemorrhagic fever are present in urban and suburban areas in the Americas, South-East Asia, the Eastern Mediterranean and the Western Pacific and dengue fever is present mainly in rural areas in Africa.