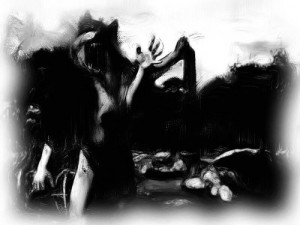 Many times I have my ghost busting signs on my Kia Forte aka the Rusty Anomaly and people will ask for my HPI (Halo Paranormal Investigations) business card. While driving with my psychic dogs Hi-Pee and Princess Hannah, along with their poodle friend AJ and looking for a good place to walk in the Wetlands, I was stopped by Darion Wilcox who is visiting his friends in Elk Grove. Darion is actually from Seattle, WA and he is staying in Elk Grove for one week. Darion tells me that his grandmother used to live on a ranch in Elk Grove near Francesca and Franklin Blvd. He makes claim that his grandmother (known as Sarah) saw a Dogman type of creature in the fields. Sarah says at first she saw the unusual creature on all fours sniffing around the open field and then it raised up, it had to be at least 6’1″.

The Dogman type of creature now became bipedal and was walking around on two feet. The Dogman creature saw Sarah and turned around suddenly and let out a horrible screeching sound. Sarah ran back to the ranch terrified. This all happened in the Summer of 1962. Darion claims that he has heard reports from his friends that to this day, Dogman is at times seen in the Wetlands.

His friends claim that Dogman has red eyes, but if you look at him directly, his eyes seem to change to a bright silver color. Dogman’s face is somewhat like a German Shepherd with a distinct snout. I asked Darion if I could talk with his friends and he says that his friends would never want their identity to be known and associated with the Dogman, because people will think they are crazy. Darion says he does not mind if his name is published in this article, because he lives out of state. 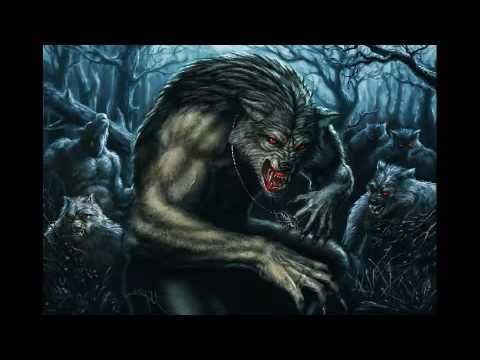 Darion even mentions that ghostly dogs have been seen in the Wetlands, but they look shadowy. What is interesting about what Darion says, is that I had two dogs, a black Chow named T-Rex and a Jack Russell Terrier named Pika, both are deceased and both dogs loved walking in the Wetlands.

My wife Deanna Jaxine Stinson, a sensitive picked up on both dogs in our home and has felt their presence in the Wetlands. After T-Rex died, I smelled him in the bedroom and Pika went crazy and kept looking at the patio door where he would hang out at. My former roommates have seen Pika in the garage. Some psychics in HPI claim that they have seen T-Rex and Pika walking together on the Laguna Creek trail. Is it possible that maybe people are seeing the spirit of T-Rex or even Pika and believe they are seeing the Dogman?

Since I have been a paranormal investigator and have been on over a 1000 investigations, I have never heard a report about a Dogman in Sacramento County, until now. I did a Google search on Dogman Sacramento and to my surprise, I found this:
https://dogmanencounters.com/sacramento-county-ca-encounter/

It appears that Sacramento has one more cryptid. If anyone has any other reports of Dogman in Sacramento, I would like to hear about it.

Top Tips on How to Write a College Application Essay