Diversity Flows From Wholeness, Not Identification

There is a great deal of confusion, even and perhaps especially among philosophers, about diversity and wholeness. In a world being torn apart by fragmentation and conflict between peoples and nations, it’s imperative that we as individuals gain insight and clarity on this issue. 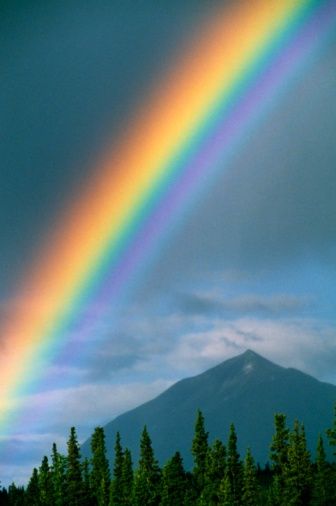 Is diversity is what makes for ‘the richness of the human family?’ Do the particular colors of a rainbow make for the beauty of the rainbow as a whole?

As with rainbows, so too with peoples, nations and humanity. Diversity flows from wholeness; wholeness does not flow out of diversity.

Without wholeness first, in a person and a people, so-called diversity leads to division, fragmentation and conflict, as it has in the world. To ignore that reality, and speak about diversity in some abstract or ideal sense that views the parts (the differences of supposed diversity) as comprising the whole, is irresponsible, even delusional.

The mistake is in thinking that the opposite of diversity is sameness, and that the wholeness of humanity means peoples would all be alike. The

truth is that differences between peoples (what conventional thinkers mean by ‘diversity’) are being erased and effaced by the very mentality that upholds differences and identities over our underlying shared humanity!

In other words, proponents of retaining and giving primacy to differences and separate identities are contributing to division, fragmentation and war, as well as to the homogenization of people all over the world.

That’s because as people strain to maintain their different identities in a global society, they are like everyone else. The paradox, indeed irony, is that the more one tries to be different, and to maintain separate traditions, cultures and national identifications, the more one contributes to and hastens their erosion, and one’s own.

So it is absurd to talk about the human family when we live in a world where it’s increasingly every person for him and herself, and where peoples, in identifying with their own nation, ethnic group and religion, compete and conflict with other peoples.

In India, Europe and now America, this retrograde need to put “America First,” or whatever nation one happens to belong to first, is engulfing the world in horrific darkness, threatening more and more ecological destruction and war. 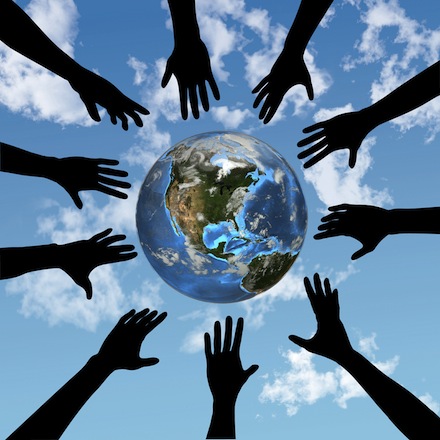 madness that has already made the world into a madhouse.

The solution to colonialisms’ psychological rape of African cultures, which led Africans to believe that their cultures and languages were not good enough, is not to embrace some ideal and identity of Africanness. That promotes the same mentality that gave rise to the demagogue Donald Trump, soon to be the most powerful person in the world, with his “Make America Great Again” idiocy.

To respect and teach children the language and customs of their people is a good thing; to put one’s language and culture above humanity, as proponents of identification do, is to do harm to both the human family and to one’s people.

In our age of globalization, when all people undeniably live in a global society, identification with particular groups is tearing humanity apart. Therefore the question is: How do we respect and preserve cultures and languages within the context of humanity as a whole?

False teachers will tell you that it has to be the other way around, that we have to first be American, or African, or whatever it is, before we can be human beings. That is a lie.

When I lived in Mexico, I met people who had very little education and no English. Yet you could discern immediately that they had intelligence and dignity as human beings, without identifying primarily with their language and traditions.

The alternative to shame is not pride. Shame and pride are two sides of the same coin. The true alternative to pride/shame is one’s dignity as a human being. No one can give that to you, or take it away from you.