Disorder From Order, Not Order From Disorder!

“The universe ends with a fizzle,” a would-be philosopher pronounces in America’s leading newspaper. “Entropy is antagonistic to intrinsic purpose. It’s about disorder.” Thus materialism ends in nihilism, solipsism and projection. 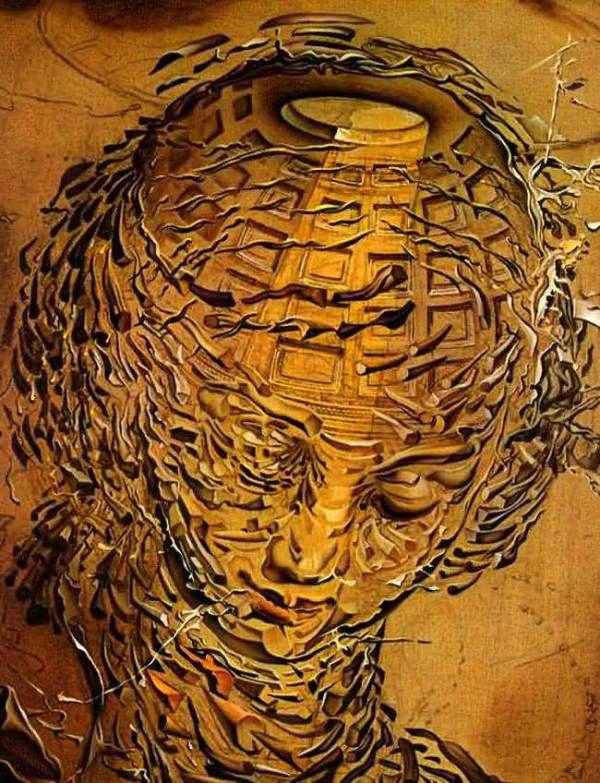 Can we be done with the “order emerging out of disorder” idea once and for all? It’s simply false, the non-actuality upon which innumerable false premises and labyrinthine arguments have been made over the centuries.

The order-from-disorder idea has been pushed back to the first nano-second of the universe, and to black holes, “where the laws of physics break down.” Thus

hubristic scientists, and their lapdog academic philosophers, continue to uphold the absurd idea that humans bring order to the disorder of nature.

That is the central idea of Judeo-Christian theology, which bled over into science. It high time we overthrew it!

If the universe and life go from chaos to order, we have to account for how organization and complexity began, and must therefore arbitrarily inject some other principle (and/or Principal) into the creation of life, and potentially intelligent life such as Homo sapiens.

On the other hand, with the insight that the universe is unfolding orders of underlying order, from simple to complex (the “arrow of time” is a misleading construct), the problem of “spontaneous organization” takes a completely different cast.

Materialists are desperately trying to convince themselves and the rest of us that the mysteries of “fine-tuning” and “spontaneous organization” are resolved by the untestable idea of “infinite random possibilities of an infinite number of universes.” But that’s merely a philosophical dodge and an intellectually dishonest solution.

If the cosmos is unfolding order all the way down however, organization is intrinsic and generally directional (toward increasing complexity), with randomness playing a central role.

Only dogmatic materialists (who almost by definition are dogmatic atheists) can or would say things like: “Meaning and purpose aren’t built into the architecture of the universe; they emerge as ways of talking about our human-scale environment.”

Such a philosophy falls back on Judeo-Christian anthropocentrism, camouflaged by false humility: “In the grand scheme of things, you and I are enormously insignificant. But not entirely insignificant.”

Can we get serious here? Again, how did man-made disorder emerge out of cosmic and terrestrial order?

Clearly, without an explosion in insight and self-understanding, we’ll extinguish ourselves as we extinguish the diversity of life on earth.

Does evolution make mistakes? Many educated people have come to see man as a cosmic, or at least 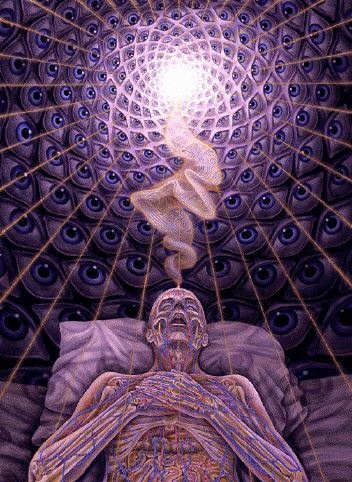 terrestrial mistake. That’s a self-fulfilling prophecy. We can understand how and why the evolution of potentially intelligent life seems to take such a wrong turn as to evolve such a destructive creature as man.

I submit that the emergence of potentially intelligent life in the universe, which occurs with the evolution of conscious, symbolic thought, carries with it the tendency toward increasing fragmentation and darkness. That in turn drives a growing urgency for self-understanding through questioning and insight.

In other words, fragmentation and disorder is our self-made crucible, either forging us into whole and harmonious human beings, or precipitating our failure as an experiment in intelligent life.

Intrinsic intent is one thing; purpose, which is a human construct, is another. I propose there is an intrinsic intent in the universe, a goal-less goal (telos) to evolve brains with the capacity to commune with Mind. The human brain has such a potential, but it is squandering it through our hubris, as it is plundering the earth through our greed.

The only thing I’m sure of is that with complete, undivided and undirected attention, the mind-as-thought is quieted and negated, and the numinous (mind-as-awareness) is. One touches the ground of being—“nothingness”—which is supreme order from which all energy, matter and form arise.

Does awareness permeate and precede the universe? Apparently so, and so-called mystics East, West and Middle East have been experiencing this actuality for millennia. The difference now is that awakening cosmic awareness, which puts thought in its rightful place, has become essential to our survival as individuals and a species.

Is the cosmic mind utterly indifferent to creatures such as humans who are, through the egregiously

erroneous use of symbolic thought, fragmenting their planet & themselves all to hell?

In other words, given that God in a panentheistic sense exists, does she give a damn? It stands to reason that cosmic intelligence cares for the fate of randomly evolved, experimental manifestations of the universe’s intrinsic intent to evolve brains capable of communion with Mind.

One possible resolution of our dilemma is that cosmic intelligence can only operate through human beings who are awakening to it. Think on it. Compassion ensues.